Everyone lives in their own parallel universe

GROUNDBREAKING research has revealed that everyone inhabits their own personal universe which rarely intersects with others.

The findings posit billions of universes which come into existence and blink out every day, but most are impossible to reach because it’s so hard to be bothered.

Professor Henry Brubaker, of the Institute for Studies, said: “My breakthrough came when we fired a young intern in our lab.

The domino effect of that one simple decision saw him dumped by his girlfriend, evicted from his flat and forced into work as a security guard.

I suddenly realised that an incident of little import in my world  I sacked him on a whim because of his annoying haircut  had massive repercussions in his, and that boring parallel universes were closer to us than we ever imagined.”

Wayne Hayes of Nottingham said: Like all the great scientific discoveries, its perfectly obvious in retrospect.

In the history of my universe, for example, the defeat of Hitler by Churchill and the allies was a major turning point. But in my wifes universe, thats a forgotten historical footnote compared to the epoch-changing break-up of Jordan and Peter Andre.

Incredible to think that all this time, theres been a parallel universe right there with me on the sofa.

“And it completely explains why its impossible for me to pay attention to her stories about who said what to who at work, because in my universe those people simply don’t exist. 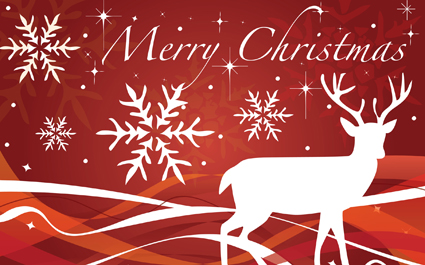 YOUR regular Christmas card from a couple you’ve never met has arrived.

The card from ‘Ken and Margaret’, which this year has a reindeer on the front, wishes you a merry Christmas and great 2013 without providing further details.

The most logical explanation would be that their cards are intended for the previous occupants of your house. However, they do have your name on them.

Joanna Kramer, your partner, said: For a few years I thought it was one of the neighbours but then why would they waste money on a stamp?

My next theory, that we didnt know them at all, was sparked when 2007s card inaccurately said Sorry to hear about your leg.

“So for a while we thought they were funny, especially 2010s photocard of a fat kid in a tutu.

Then in 2012 they somehow knew about my new job, which sent a chill through me. Or did they? Was it just a coincidence?

Im desperate to send a message to them, even if the message is only Stop sending us cards, you’re weird.