SCIENTISTS have started a fresh excavation at Stonehenge in the hope of confirming the ancient monument’s utter pointlessness.

In the past it was suggested the Henge may have been built as an arena to attract sponsorship from a mobile phone company, or that it could be the top section of a medium sized underground car park.

However, recent advances in carbon dating and DNA testing technologies now point to it having absolutely no purpose whatsoever.

Professor Henry Brubaker, from the Institute for Studies, said: “The ancient Britons quarried these giant stones by hand, dragged them hundreds of miles from Wales, lifted them into place, stared at them for a bit, then wandered off and never came back.

“I know they didn’t have television, but there must have been something better to do.

“At least the Great Wall of China is actually a wall, and the Pyramids have mummies inside them. This is just some Welsh rocks thrown up in the middle of nowhere for no bloody reason. It does my head in.

“Maybe they did use it for sacrificing badgers or worshipping the moon.

Spacey To Host ‘I Am Keyser Soze’ On BBC1 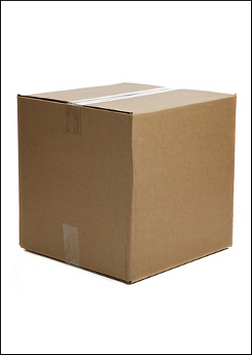 ACTOR Kevin Spacey is to celebrate one of his most famous roles by hosting BBC1’s latest amateur talent show, I am Keyser Soze. Inspired by his Oscar-winning performance, Spacey will challenge a dozen young hopefuls to demonstrate why they deserve to fill the shoes of the legendary Turkish drug dealer and homicidal maniac.

Some of Britain’s hottest young psychopaths are already queuing up to take part in what critics say could be the highlight of the Corporation’s summer schedule.

In round one, ‘Setting Fire to a Boat Full of Thieves’, the contestants will be given 15 minutes to douse petrol all over a cargo ship, set it on fire and then shoot anyone who tries to escape.

Spacey will award extra points for the nonchalant way the contestants use their gold Zippo lighters to ignite the murderous inferno.

In round two, ‘Bamboozling Chazz Palminteri’, the contestants will be given two hours to confuse the gruff, Bronx-born actor without getting their heads kicked in.

Round three is the self-explanatory, ‘Killing Your Entire Family to Show You Mean Business’, while in round four the surviving contestants will rampage across Eastern Europe, slaughtering dozens of rival drug dealers and burning their homes to the ground.

In the final show the two remaining hopefuls will have to convince Spacey and the viewing public that they do not exist and that none of this has actually happened.

The contest reaches its climax when Andrew Lloyd Webber faxes a sketch of the winner to the BBC studios at Shepherd’s Bush.

The newly-crowned Keyser Soze 2008 will then be handed control of a vast crime network before being driven away from the studio by a Mr Kobayashi look-a-like.