Five people you wish you hadn't looked up on Facebook

HAVE you unwisely trawled Facebook for old schoolmates and exes and been horrified by what you saw? Here are the people best left in the past:

The person whose life you may have ruined

For a laugh, you look up a nerdy former classmate. Nowadays they have endless life problems and appear to be living in a rotting caravan in Wales. Did you help cause their decline by only referring to them as ‘Stevie Smeg’ throughout school? Probably best not to know.

When you last looked them up years ago they were doing some crap office job, which made you feel good about your own mediocrity. Now they’ve gone and done something like writing a novel which is being turned into a film with Cate f**king Blanchett and having ‘meetings in LA’, the inconsiderate bastard.

You were good mates with Carl back in 1988, so why not see what he’s up to now? Oh. Why is he saying ‘England’s full’ and mentioning ‘direct action’? And what’s that lightning logo that looks strangely similar to a swastika? Maybe don’t go for a beer after all.

Your ex who has moved on spectacularly

Is that actually him or her? They look so slim, as does their partner in the pictures of them in front of what appears to be a mansion. Is that a Porsche? As you scroll down you realise they’re floating their company on the stock market this week, and the only thing holding them back in life was you.

The person you may never get rid of

Particularly when tipsy, it’s easy to get drawn into chats with people you know you should steer f**king clear of. At best your weird friend Sally may want to come and live with you while she gets some ‘headspace’. At worst your old classmate Jonno may wish to do the same, but after a worrying 14 years in prison. 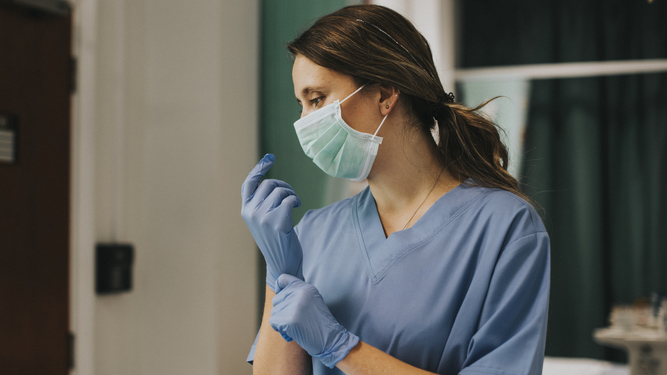 Our NHS heroes deserve to eat like kings, and now they can, once a week. With £3.50, lifesaving workers can feast on a flavourless egg and cress sandwich, a packet of Quavers, and an Innocent smoothie that looks like it’s part of the deal but isn’t and will push the overall cost up to £4.

Half a pint well outside London

When they’re off-duty, NHS workers can pop to a British Legion outside the M25 and splash their cash on a half-pint of beer. If they’re lucky enough to get 50p in their change they can treat themselves to a quick game of pool too. Talk about the life of Riley!

The hassle of remembering a reusable bag is a thing of the past for our plucky NHS staff. £3.50 can buy shitloads of cheap plastic carriers, so expect to see nurses skipping to work with dozens of them proudly swinging on their arms as a status symbol.

Not anything large or with cream and marshmallows though. And anything seasonal with a syrup shot is a bit beyond the £3.50 budget too. But thanks to their generous pay rise, NHS workers can go crazy with a basic hot drink very similar to what you make at home.

A parking space at their job

Once the crisis is over NHS workers will probably have to pay for hospital car parking again, but now they can almost cover the cost of a single day’s expenditure. So if you see nurses jumping with joy today, this is probably why.