YOU’VE done your favourite albums, films and TV shows. But you’re still bored, so what other moronic lists can you share?

Gosh, how to limit it to 10? There’s bananas, oranges, apples, grapefruit – well, not grapefruit, no one likes grapefruit. But grapes, bananas – did we mention bananas already? Apples? Phew, what a fascinating challenge.

No explanation, no clues as to their whereabouts – just put up 10 uncaptioned photos of roundabouts in the UK with some private significance to you. Invite 10 of your friends to submit their own, and order them to get 10 more friends to do the same. Angrily unfriend them if they refuse to take part in this tedious project.

Connery or Moore? George Lazenby versus Timothy Dalton? There have only been nine Bonds, even if you count David Niven and Barry Nelson, so drearily speculate about who COULD play Bond. Idris Elba or Jai Courtney? Who the f**k cares?

Catholicism, Sufism, Buddhism, Islam, Protestantism, Calvinism – which of these global faiths delivers the goods, and which are rubbish and will be consigned to the same dustbin of history as the Norse gods? Good-natured banter guaranteed.

Barbara Edwards or Bill Giles? Michael Fish or that woman who did the forecast for Grampian TV from 1973 to 1975? Unlike Michael Fish, expect a hurricane of pointless debate. 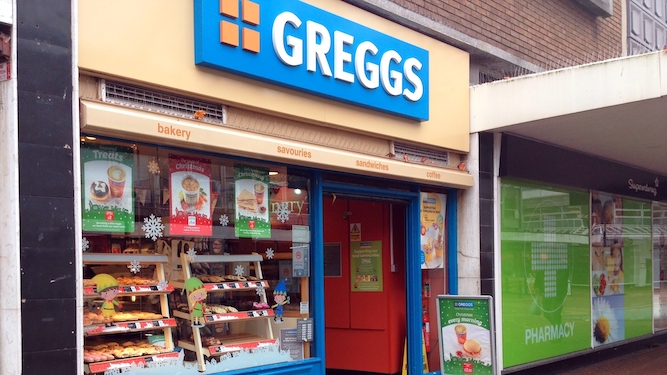 A MAN has decided not to let the possibly fatal consequences of COVID-19 ruin the reopening of his favourite high street bakery.

Martin Bishop, a Greggs regular or ‘Greggular’ as he insists on calling himself, plans to be first in line when his local store reopens next week.

He said: “There’s simply no way of successfully combining sausage, beans and cheese in my own kitchen, so it’s off to Greggs and possible death.

“I’d hate for people to call me brave. I’m not an NHS hero or someone running a marathon on their balcony for charity and their own smug sense of self-satisfaction.

“I just feel the least I can do at a time like this is to take my life in my hands on a pointless journey to enjoy cheap, calorific food completely unnecessarily.

“Some people have been missing their loved ones, but for me it’s that first joyous bite into the corner of the melt which allows the steam to escape and the beany, cheesy, sausagey mix to cool to an edible temperature.”

Bishop will spend the weekend perfecting his order, which may include half a dozen Yum Yums and a can of Fanta. If all goes well his next act of heroism will be ordering a Zinger Tower Meal from KFC.