SMARTPHONE users are on the verge of rioting after the games in the app 80s Shit Arcade Games were discovered to not be old.

A review in Shiny Thing Owner magazine had described the app as ‘a deliriously addictive retro romp’ and ‘what all gamers who fondly remember Block 2 have been waiting for’.

But it has since transpired that the games featured in the app are not old, but simply of extremely low quality.

“But due to a typographical error the extra ‘s’ crept in. We only went with it because we were too indifferent about the whole thing to bother sorting it out.

“And I’m glad we did because now I have so much money I could build a house out of racehorses.”

iPhone 4S owner Stephen Malley said: “As a trend-conscious consumer, all of my things have to be either newer or older than everyone else’s.

Android phone owner Nikki Hollis said: “I’ve already got an Android phone. So this is an extra humiliation that I really didn’t need.”

Resurrected Who drummer tells everyone to calm down 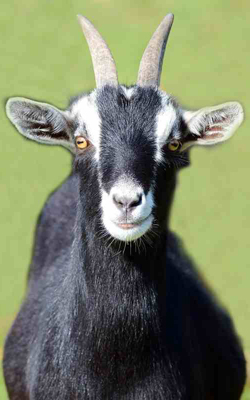 KEITH Moon has hurtled out of the grave driving a Panzer tank to ask what this Frankie Cocozza nonsense is about, it emerged last night.

The formerly dead lunatic and actual musician hastily convened a press conference to re-establish exactly what the fuck being in the music industry is meant to involve.

Moon said: “I’ve been alive again for about two hours and I’ve already drunk half a dozen hookers under the table. I then had sex with them under the table before setting fire to a church dressed as Pol Pot.

“I then urinated on the church, ostensibly to help the fire brigade put it out.”

He continued: “While I was in Hell yesterday, fornicating with a crackhead goat lizard while having a sabre fight with Oliver Reed, I heard somebody mention a singer had been sacked for wayward behaviour.

“Considering I managed to keep my job in The Who despite being wanted for acts of public indecency with a piece of fruit in thirty-six countries I was naturally intrigued.

“However, on further investigation I am sorely disappointed to say the least.”

Cocozza was fired from The X Factor for various breaches of competition rules, such as dropping his aitches and not doffing his cap to a bishop although producers confirmed that ‘Singing like a chimney sweep in the final phase of black lung’ was not grounds for his removal.

Keith Moon will meet with music industry bosses later today to set minimum standards of what constitutes bad-boy behaviour and is expected to suggest that ‘Not combing your hair for a supermarket commercial’ is definitely not one of them.

Moon said: “If Frankie really wants to be rock and roll he’ll invade the stage of Saturday’s show, brain Dermot O Leary with a bottle of Bailey’s before lurching into an off-key version of You Sexy Thing with his cock out.”