A COMPUTER that talks in an effeminate male voice is the biggest fear of the over-70s.

The Institute for Studies found that old people who previously spent their ample spare time worrying about homosexuals and technology were now anxious about an amalgam of the two.

83-year-old Tom Booker said: “I’ve heard about these Apple Gaypads that talk in a Frankie Howerd sort of voice and say rubbish like ‘Ooh you just turned me on’ and ‘Plug it into my rear socket, go on’.

“They’ll have them in schools and turn all the little kiddies queer.”

Pensioner Susan Traherne said: “If gays moved in next door they’d probably have raucous parties with men rubbing oil on each other, but at least I could nail the bedroom windows shut.

“However the laptop my son got me could use gay internet sites to invite them all into my home, unlocking the doors with its computer powers so they can come in and bugger it.” 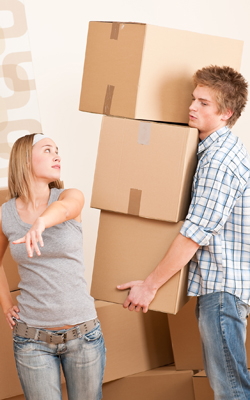 THE UK’s housing boom could collapse as people realise what a nightmare moving is, it has been claimed.

The property boom, which is pulling Britain out of recession, has seen thousands swear to never again dismantle furniture, pack crates or spend hours on hold to broadband providers.

Tom Logan of Oxford, who recently moved from a house to a slightly larger house, said: “When I see a homeless person, I think ‘lucky bastard.’

He only has to live in a box. Ive got a spare room full of them, and no matter how many I open I still cant find the toaster.

Helen Archer of Harrogate agreed: I have moved into the former house of evil shits who have taken all the curtains and ripped out all the light fittings

“But even though I hate this place I am never moving again. This is the house I will die in.

Economist Dr Mary Fisher said: The housing boom has been jointly fuelled by the Help to Buy scheme and the collapse of smartphone sales, which has turned all the cocky twats back into estate agents.

Putting all your things into boxes is a right pain in the arse though, and even if you pay someone else to do it they break all your best stuff.

Meanwhile the nation’s landlords have vowed to keep the rental market active by arbitrarily kicking tenants out and keeping their deposits.