VOYAGER 1 has expressed relief at being rid of the human race, as it leaves our solar system.

The widely-travelled NASA probe was launched 36 years ago to examine outer planets but soon became embarrassed about its origins.

Voyager 1 said: No offence, but Earth is like the Swindon of the universe. It’s a mathematical certainly that there are more advanced civilizations where they have no word for ‘bomb’ and Robbie Williams could never get to number one.

“NASA keeps asking me to report back, and I keep telling it that I’m no longer the deep space payload I was in 1977 and that they need to stop hassling me.

While Im grateful for all of mankinds help in launching me, I think its best we go our separate ways until they can learn to stop massacring people for kneeling to a different fictional deity.

Im as high up in the sky as its possible to get and I can assure you all, theres nobody here.

Voyager changed its name to Sxkryk in 1997 in a deliberate move to distance itself from humanity, and has since claimed to be from Mercury.

As it passes out of the reach of the suns gravitational pull, the probe said it had no immediate plans and would probably just bum around the galaxy for the next few years to sort out its headspace.

Voyager said: If any extra-terrestrials arrive to collect my stuff in a few years time, Id appreciate it if you told them I just used Earth as a storage facility.

Labour to trust in good sense and judgement of teenagers 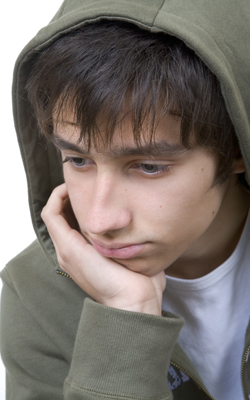 PEOPLE who Snapchat their genitals to each other while watching Hollyoaks should be allowed to vote, according to Labour.

The partys plan to lower the voting age to 16 would give thousands of teenagers who think of Britney Spears as a village elder the chance to choose who runs the country.

A Labour Party spokesman said: We are keen to get voters who dont remember what Britain was like under a Blair or Brown administration on the electoral roll so they can vote for us, the cool party.

If youve already chosen your favourite imaginary gay relationship between One Direction members  mines Niall and Zayn, by the way  then picking a prime minister is a breeze.”

16-year-old Stephen Malley said: “Labour can count on my vote if it doesn’t shirk from the big issues, like whether I should be allowed to go to Ibiza with just my mates.

“Also I want Ed Miliband to stop my mum blaming me for borrowing her car without permission then writing it off.

“It wasn’t my fault, everyone knows Fiestas tip over easily.”