All new houses to be made of televisions

BUILDERS have completed the first UK home made entirely from television sets.

And on the patio there is more telly

The three-bedroom Swindon dwelling is constructed from flat screens of varying size slotted together, creating a light-but-strong structure that allows unrivalled telly visibility.

Building contractor Stephen Malley said:Increasingly people want televisions instead of windows, televisions instead of internal walls and dont bother with lights because the tellys never off. However this is the first build weve done where we just welded a load of telly sets together into a rough house shape.

I think the result works very well except it does get quite warm and the familys dog chewed off its paw after being unable to escape The One Show.

Telly house owner Nikki Hollis said: In the original plans the house was made of bricks and the furniture was obscuring our view of the telly.

The only thing in life thats really worthwhile is telly, so why not live in it?

“Having Eastenders on the floor is really great for when youve got a tired neck and dont want to look straight ahead.

The only thing in the house thats not a television screen is the roof, because we dont really go on the roof. But we might get it done away, in case people in planes want to see a few seconds of Salvage Hunters.

Apple to reclaim the word ‘gimmick’ 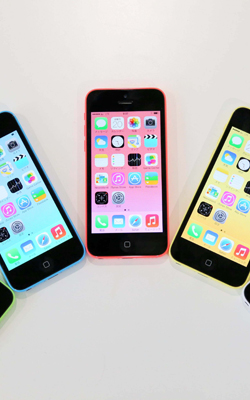 TECHNOLOGY giant Apple has launched a campaign to remove the negative connotations of the word gimmick.

The company, which is also preparing to release its iPhone 6, has started a multimedia campaign entitled Why Gimmicks Are Great.

A spokesman said: Often we describe a piece of technology or a function of it as just a gimmick without even stopping to think what that means.

If you look at the history of the word gimmick comes from gimmagical which in the ancient Welsh tongue means cool thing that brings wonder to your life.

In Welsh legend the gimmick is a mystical glowing tablet discovered by the hero Nog, which saves his people from famine by giving them recipes based on whatever’s lying around in their hovel, and also works as a torch.

We talk about gimmickry like it’s a trick, when actually it’s a sort of wonderful magic and a way of discovering things you were too stupid to realise you needed, like a button moved slightly to the right.

“Show your support for joy and wonder by buying gimmicky things.

Apple consumer Tom Logan said: My friends always mock me for falling for the latest gimmick, now theyre going to be laughing on the other sides of their faces.

I do hope the iPhone 6 has lots of gimmicky features. I feel confident that it will.