HOVERCRAFTS are mental, it has emerged.

Experts believe that hovercrafts are easily as futuristic as jetpacks or flying skateboards, but are better overall because they actually work.

Engineer Tom Logan said: “Have you looked at a hovercraft lately? Take a few minutes to check out your nearest hovercraft and you will be blown away.

“It’s a boat that floats on fucking air. You can sail it or drive it on a road.

“I make things for a living but I’ve no idea how that is possible. It must be alien technology.”

“Hovercrafts are frequently overlooked because of their association with normal ferries, which are lame.”

Roy Hobbs, who helped design the first hovercraft, said: “I thought the world would freak out over it.

“Instead everyone said it was ‘interesting’ and ‘quite good’. I was like, ‘but it hovers‘. Then someone muttered something about planes and tanks being better.

“I soon realised we had made the most underrated thing of all time.”

Hoddle hoping to get a game at QPR 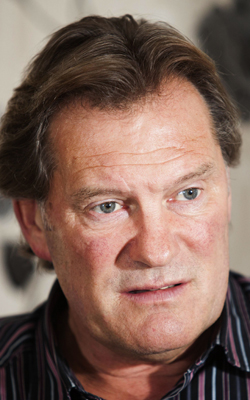 GLENN Hoddle believes that signing to QPR will result in his getting a regular midfield run-out.

56-year-old Hoddle believes that logic-based prejudice against his unusual belief that he can still play at the top professional level has prevented him from getting his chance.

He said: Since I left Chelsea 20 years ago, I feel Ive not been allowed to fulfil my potential on the field that was so obvious back in 1975.

I thought Id get my chance when I was managing England in the 1998 World Cup. I was going to pick myself for the quarter final but that idiot Beckham loused things up.

I coach kids now, and I tell them, ‘Youre rubbish! Give up! None of you are any good. Not like me. I should be playing out there, not you.’ And sure enough, none of them goes on to succeed, which shows Im right.

I mean, its QPR, for Christs sake. If theyre letting Rio Ferdinand play, I should be first name on the team sheet.

Hoddle is also optimistic of reviewing his pop partnership with Chris Waddle: I reckon wed fill out the O2 Arena if we reformed. We had class, we could carry a tune.