Being alone better than spending time with most people

NOT socialising is preferable to hanging out with annoying people, it has been claimed.

New research found that 10 per cent of people have no close friends, often because they cannot find any humans they want to spend time with.

Professor Henry Brubaker of the Institute for Studies said: “Humans are getting less likeable, to the point where most social interaction is painful.

“Loneliness is the lesser of two evils when you compare watching telly to being in a chain bar with a group of creatine addicts in fancy trousers talking about their money.”

Office administrator Emma Bradford said: “I would be up for having more friends if people in general weren’t such a bunch of twats.

“All the conversation at work is about Graze boxes or why whoever’s off sick is evil.

“It’s not ideal but I’ve decided to become unhealthily obsessed with my cat.”

Professor Brubaker said: “By 2114 the concept of friendship will have been phased out, everyone will either be ‘business contacts’ or ‘sex partners’.

“It’s all part of the glorious grand plan to make you shut the fuck up and keep working.” 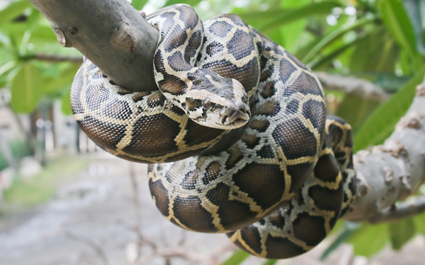 A 12-foot Burmese python blamed for cat disappearances has been hailed as a hero by mice and rabbits.

The snake, captured by Florida police, was dubbed ‘Scaly Justice’ by small animals for its rumored tendency to consume cats.

Sparrow Tom Booker said: “Cats killed my brother by repeatedly throwing him in the air, chewing him a bit then leaving him on a doormat.

“This snake is two-and-a-bit metres of cat karma and it deserves a medal.”

“I don’t agree with being a carnivore but when I heard about what this snake was doing I just thought ‘yeah cats, have some’.”