A MAN has beaten a sophisticated artificial intelligence machine at drinking beer.

In a move designed to test the limits of technology, 30-year-old roofer Wayne Hayes took on Google’s DeepMind machine in a pint-for-pint battle.

A Google spokesman said: “Having recently beaten the human champion at the board game Go, we were eager to test DeepMind at something that Westerners can understand and respect.”

The AI machine was fitted with a specially-adapted USB cable with a pint glass on one end into which beer could be poured. However it broke after two pints, exploding in a shower of sparks as Stella Artois flooded its motherboard.

Hayes said: “I was confident from the start because that computer just didn’t have the red, bulky look of a drinker about it.

“They can build these machines that can do all sums and everything, but they’ll never take over from man if they can’t handle 15-16 pints of export lager.”

However the Google spokesman added: “We should have added a ‘piss port’ to allow DeepMind to expel fluids. Also I think a little slot that you tip pork scratchings into would help.”

Scotland secretly in love with England 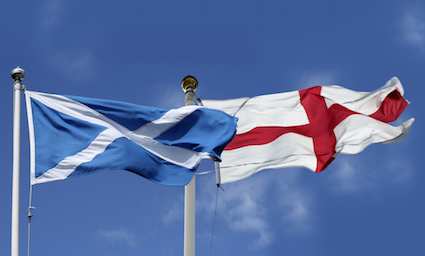 THE people of Scotland have admitted to the secret love they have for the English.

After their rugby team handed England the Six Nations trophy as a token of their affection, the nation said they could hide their feelings no longer.

Scottish person Tom Logan said: “We have wars with them, we beat them up in Edinburgh pubs, but it’s all just a front for how much we adore them south of the border.

“The way they drink their tea, their delicate womanly frames, all the cricket – we’ve been deeply smitten for hundreds of years but have been too scared to express ourselves.”

As Tim Visser scored Scotland’s third try against France, touchline cameras picked up that he mouthed the words “This is for you, Buckinghamshire”.

The team later celebrated the win in the changing room by loudly singing ‘Doing The Lambeth Walk’.

Logan added: “This is why we get upset when they make the joke about Andy Murray being Scottish when he loses – we just wish he was as dreamy as Tim Henman.”