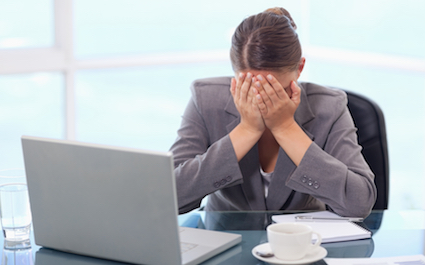 A 32-YEAR-OLD woman has confessed to close friends that she is completely GIF-illiterate.

Data manager Carolyn Ryan says that when she is sent a short GIF of Taylor Swift waving her arms at the Grammys in response to a Facebook comment, she has absolutely no idea what it means.

Ryan said: “The first time I received a moving image of Rihanna at a basketball game that appeared to have no relevance to anything, I was baffled.

“But when I asked if anyone knew what it was about and they all found it hilarious, I pretended I did too.

“For a while I could still follow things by picking up context from occasional emojis, but now the majority of conversations are all-GIF.

“I missed my own hen night last week because the meeting place was changed, which I was meant to get from GIFs of Lindsay Lohan in Mean Girls and Leonardo DiCaprio looking disappointed.

“I’ve sent her the Tyra Banks GIF. It’s the only way I can explain how I feel.” 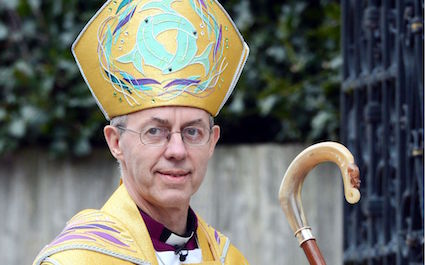 A MAN wearing the robes and mitre of the Archbishop of Canterbury has been filmed on a bus ranting about migrants.

The man, who claimed to be “big mates with the guy upstairs, like really big mates,” also said that immigrants are scary because they actually properly believe their religion.

He continued: “I mean, obviously this is a Christian country and Christianity, that’s an English thing, innit? It just makes sense.

“But they come here with no respect for our culture of sexual freedom and ignoring all of the Church’s commandments, and that is just wrong.

“I’m not racist, but the compassion of Christ only extends so far, you know? Yeah he said it was infinite, yeah, but he said a lot of shit.

“Are you filming me? You better not be filming me or I will batter you with this big fuck-off stick. Batter you hardcore.”

A spokesman for the Church of England said: “That could have been anyone.”