SOCIETY has asked the process of evolution if it could pull its finger out.

Researchers said that studies of pig copulation, shrub worship and Scotland show progress has been made but that Amy Childs’ bank account and Jeremy Hunt’s excuses prove there is much work to be done.

Some scientists have even suggested that fully purging the human race of fucknuttery will involve a leap into a whole new species, provisionally entitled ‘Homo Smugus’.

Professor Henry Brubaker of the Institute For Studies said: “Weve been blasting Ed Miilband speeches and E4 at DNA strands and you can actually see them sprout tiny legs to try and escape from the petri dish.

“It does seem our genetic predisposition is to move away from being insufferable shitwits but the undeveloped reptilian part of our brain suggests we’re always going to have Kasabian.”

Research shows that rapid genetic advances in humans were initially focussed on not dying of a cold by the age of 30 or being able to run faster than a dinosaur.

But DNA samples from the 1600s compared to a 21st century council estate unit from Carlisle show miniscule changes such as an ability to digest Sunny Delight or a slightly more posable phone thumb. 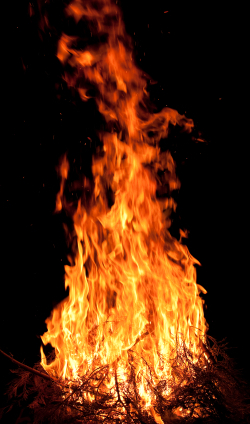 RESIDENTS of flood-threatened Somerset have offered up the lives of two fair maidens.

Following numerous flood warnings across the county, panicked residents downed scythes and gathered in the grounds of aristocrat Lord Taunton’s manor house to hear what might be done.

Lord Taunton said: “The true gods are angry, angry that the old ways have been forgotten. Now that electricity has spread even unto parts of Bridgwater, many of us are no longer fearful of the darkness and we neglect to worship Pan with regular naked rituals.

“I have selected the two fairest virgins in the country, one female and one female, for the greatest honour our country may… wait, I spy an outsider.”

After the outsider was found and killed, the flamboyant aristocrat continued: “Now light your torches, don your crudely-made animal masks and follow me to the secret place.

“The ritual begins at dawn, but tonight we shall cavort and drink rough cider while sharing our seed.”

The procession then began to wind its way into the dense forest surrounding Lord Taunton’s house, chanting the words to a haunting rhyme called ‘The Corn Dolly’.

Sacrificial virgin Emma Bradford said: “My heart is full of joy, for come the morn I shall become Pan’s bride forever, in flames.

“It is such an honour, especially as I once illegally crossed the border into Wiltshire, where I tried something called ‘pasta’.