SATAN has confirmed that he is solely responsible for the invention of instant message read receipts.

The Devil, speaking from Hell, admitted that he was rather proud of creating a way of torturing living souls that was so subtle but so powerful.

He continued: “Anyone can twist your entrails around a pitchfork. But engineering such exquisite psychological agony could only be the work of the Prince of Darkness.

“The read receipt is agony for both the sender, who must live with the knowledge that their message has been read and ignored, and the recipient, who is under insufferable pressure to respond immediately.

“Yes, technically you can turn them off, but you only think of that when you’ve received that invite to that bitch Felicity’s birthday and by then it’s too late, isn’t it? Far, far too late.

“Oh, and it was also my idea to let you see when someone is typing.”

Satan added that he is developing a new feature where mentioning someone by name in a private message instantly tags and alerts them. 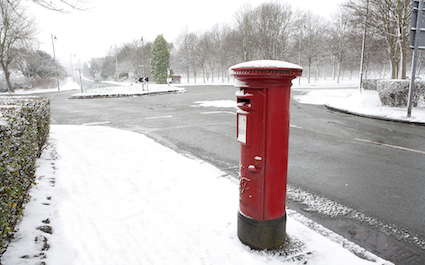 WINTER has entered its 18th consecutive fucking month, the Met Office has confirmed.

With sleet, rain and snow forecast for the weekend, meteorologists have admitted that the weather is so cold that it has frozen time itself, with no thaw in sight.

A Met Office spokesman said: “It’s March now, but that’s just what we call the month. It makes no difference to it still being winter.

“The time dilation effect caused by the absolute brass-bollock weather we’re suffering means that winter has gone on forever and will continue to go on forever, until all we can remember is winter.

“Occasionally it will merely piss it down while not being absolutely freezing, and we’ll all be pathetically grateful for two days before it returns to being utterly foul with an Arctic wind.”

Martin Bishop of Cleveland said: “We’re British. Winter is the only season we deserve.”