A HALF-WITTED Neanderthal who still somehow walks among us has been exposed by admitting that when he wants to see a film, he buys it on DVD.

Nathan Muir, who alone of his pre-human species has survived the last 40,000 years and learned nothing, says he also likes to put the boxed DVDs on a shelf and display them as if they were something to be proud of.

Colleague Mary Fisher said: “In a way it’s incredible to be able to see all the way back to the last ice age, where such hunter-gatherer media consumption must have been normal.

“When he comes back into the office with Once Upon A Time in Hollywood saying ‘Got tonight’s viewing all lined up,’ it’s exactly the kind of office conversation they had in the Late Palaeolithic era.

“Imagine them, all crowded around with their lantern jaws and shaggy hair, painstakingly picking through the DVD menu options when they could just stream. Or don’t bother and just go around Nathan’s.

“And it also answers the question of how they went extinct. Drank too much and were shit at their jobs, if he’s any example.” 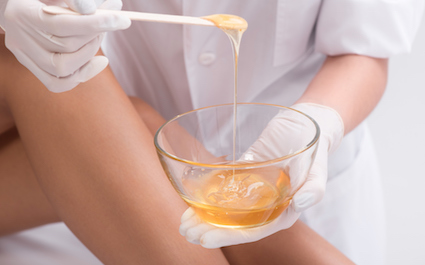 A WOMAN who believes in calling out prejudice in any situation decided not to say anything to the bigoted beauty therapist removing her pubic hair.

Joanna Kramer has previously taken a stand against racism at family birthdays, in key meetings and even in a job interview, but has found that there is indeed a time and place and that mid-wax was not it.

She said: “I think it’s really important to oppose bigotry wherever you find it. But you don’t screw with the woman tearing hot wax strips off your vajayjay.

“I actually think I was wincing more when she said ‘all refugees are rapists’ and ‘Nigel Farage is a proper good bloke’ that I was at the actual procedure.

“I’m not a coward. I just think it’s important to pick your battles, and confronting her prejudices against marginalised people was likely to put her off her fanny game at what was a crucial time for me.

“The problem is I’ll be muff out next time I see her as well, making it once again impossible to bring up her hate speech, so I’ll probably go somewhere else.”

Kramer added: “I suppose she does also do eyebrow threading. I could call her a racist bitch then.”