A MILLENNIAL woman relatively immature for her age has found herself elevated to the position of wise, venerable matriarch since joining TikTok.

Hannah Tomlinson, who still sleeps with a teddy and lives with her mum, loaded up the app to discover that not knowing every member of BTS qualifies her as a senior member of society who can provide homespun wisdom.

Hannah said: “I’m usually like ‘Adulting! Urgh!’ But on here I’m a grizzled veteran of life because I know what people actually do in office jobs.

“It’s great. Nothing makes you feel more like a serious, responsible adult than a 13-year-old who thinks the Gulf War were a metal band making a video of the worst political takes you’ve ever seen.

“On here I’m not a complete mess for getting fired three times in a month. I’m not an idiot for dumping a boyfriend who lied about being a Libra. I’m a positive example and inspiring just for crying to Billie Eilish.

“Yes they think I’m hideously old, and an 18-year-old boy asked if I’d ever have sex again now I’ve become a menopause, but on those days I hit Facebook, watch my aunts share Minions memes and I’m young again.”

Your seven-day guide to how this Jubilee bullshit plays out 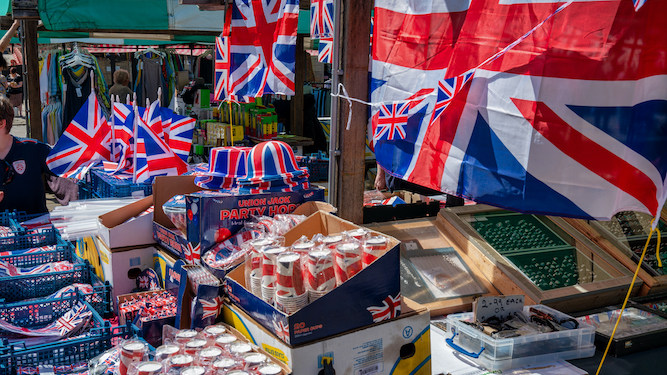 THERE’S a full week of Platinum Jubilee bollocks ahead, and it gets worse from today onwards. This is how it’s going to go:

Patriotic fervour gathering pace. Entire world waiting to see how Meghan ruins it this time. Jubilee on telly confined to breakfast TV and The One Show, but swelling alarmingly. No work can be done.

Jubilee fever breaks. Flick telly on after a lie-in and it’s Trooping the Colour, which has been on your entire life and you’ve never understood. Stock up on Union Jack paper plates and plastic bowler hats before a show about lighting Jubilee beacons around the world. Try to imagine this pleasing you if you were the Queen.

With a Platinum Jubilee service on BBC1 like it’s f**king Christmas, you battle a HMS Victory Naval Strength Gin hangover. See Prince Andrew next to his mother in the church and throw up into the kitchen bin. All radio stations broadcasting timeline of Queen’s achievements, all the time.

Awake hoping that since the two days off are over, so’s the Jubilee. A documentary about the Jubilee pudding proves you wrong. Everything you see is now red, white and blue. Walking to the shop for beer, you hallucinate Suez Crisis victory parades and the Red Arrows.

Platinum Party at the Palace kicks off. Prince Andrew takes centre-stage for the We Will Rock You guitar solo, announcing ‘I’m back, babyyyy,’ as his approving mother looks on. Time ceases to have meaning. Is it the Coronation? Is this the first time you’ve seen a colour TV?

You awake to the sound of your bedside table solemnly narrating the Queen’s annus horriblis. The wallpaper are showing Silver Jubilee parades. The kettle is reminding you she was nicknamed Lilibet.

The street party begins, as exhausted Britons summon the strength for one more tribute. Passes in a blur of warm lager and weak drizzle. Propose a toast to ‘Her f**king Madge’, to cheers. Vomit into plastic Union Jack bowler hat. Hope she hangs on for the rest of the year because you can’t handle this again.