iPhone 6 owners not emotionally robust enough to withstand dropping it

OWNERS of Apples latest smartphone are likely to break down if it falls on the floor, it has been claimed.

Laboratory tests on iPhone 6 owners found that they lacked the emotional strength to cope if the phone was damaged in any way.

Dr Mary Fisher said: If you knock the iPhone 6 out of their hands and stand on it so that the screen cracks, the Apple user collapses into the fetal position and cries like a child.

Apple should really have thought of this before encouraging them to buy its flimsy trinkets. 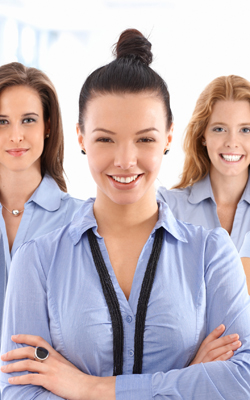 COMPANIES with unusually attractive staff are likely to be run by creepy people, it has been claimed.

Researchers found that businesses where the workers are predominantly good-looking and either all blonde or brunette often have an inappropriate boss.

Professor Henry Brubaker of the Institute for Studies said: Most attractive people are useless at actually doing stuff, so good-looking staff are a surefire sign of a pervert-run enterprise.

“If your colleagues are 80 per cent pretty young women or hot guys with bullet-hard buttocks, chances are there is some weird stuff going on.”

Brubaker said most perv-run businesses were either hairdressers, newspapers or investment banks.

Packaging company boss Tom Booker employs a staff of 34, most of whom look slightly like Melinda Messenger.

He said: I strongly reject the insinuation that I see this place as my personal harem.

Im 54, I love my wife and would only cheat on her if I was absolutely certain she would never find out.

Sometimes I lean over staff members in an unnerving way or make comments like I think your boyfriends a very lucky man and I hope he looks after you’, but thats where it stops.

24-year-old employee Emma Bradford said: I was quite surprised when Tom made me head of strategy as I was delivering sandwiches at the time.

He also said I only have to come in on Tuesdays, when everyone has the afternoon off for volleyball in the car park.