THE debate over which is the better of two popular types of telephone has ended after participants realised it simply did not matter.

There had been increasingly heated argument about whether the gadget made by one company was superior to geegaws made by the other companies that did similar things in a slightly different way.

But the topic has been declared defunct after both sides put everything in context.

Tech blogger, Stpehen Malley, said: “I had always been a rabid advocate of one of the companies because their doo-da was open source and delivered full multitasking. The issues arising from this seemed interesting and important to me.

“But last Tuesday I was posting simultaneously on several online forums to that effect when, overcome with annoyance by the mere thought of technological imperfection, I turned momentarily away from my monitor to stare out of the window.

“The sun was setting over the distant hills, and the late evening sky was a peaceful yet dramatic canvas of crimson and azure.

“The sudden sense of the enigmatic perfection of the universe was such that my soul seemed to leave my body via the top of my head and I imagined myself floating aloft, as much a part of nature as the birds and the trees. When it ended I found I was no longer concerned with non-Google syncing.

“A phone’s a phone. In two year’s time they’ll all be buried in a landfill with a load of dirty nappies and rotting chicken carcases.

“Would you like to see my drawing of a tulip?”

Former telephone fanatic, Roy Hobbs, said:  “I was so devoted to this phone, it was like being in a cult except without any of the group sex, UFOs or cool stuff.

“Sure it’s terribly fancy, but I work for a company that makes incredibly bad television programmes not the Pentagon, so I really don’t need an artificial brain in my pocket, irradiating my scrotum.”

Sky apologises for super-ness of Sunday 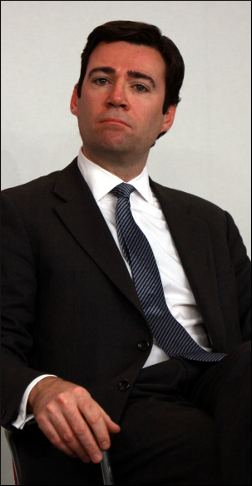 FOOTBALL pimp Sky Sports has been forced to withdraw claims that yesterday was super.

After 88 millionaires, watched by 150,000 spectators, played a total of 360 minutes of football with the result that not one single league position was altered in any way, experts dubbed January 16, 2011 as the most pointless thing to happen in football since Kieron Dyer.

Meanwhile broadcasting watchdogs said that by half time Sky should have rebranded its flagship sports show as either ‘questionable value for money Sunday’ or merely ‘Sunday’.

Commentary for the Birmingham derby was stopped for 30 minutes after viewers heard the sound of the pundits slumping across their desk, followed by the nauseating sound of a hungover, middle aged man snoring like a horse.

Footballologist, Wayne Hayes, said: “The devaluation of the word first started in 1998 when Sky broadcast a four-hour special of the ‘super’ coin tosses of the previous season.

“Following the model of 1920s German hyperinflation, I predict that by 2013, they will be forced to describe the second round draw for the Carling Cup as ‘Holy Shitting Fuckbeans Tuesday Afternoon’.”

“When a goal is scored, subscribers will be treated to the sound of Andy Gray stabbing himself to death with his own erection. Silver lining and all that.”

He added: “It’s made me realise that I’ve been wasting the short span of existence allotted to me by an indifferent universe on whether some arsehole I’ll never meet has a functioning hamstring ligament, rather than trying to find my place in its infinite parade of wonder.

“Still, it’s the City-Leicester replay tomorrow, so that should be good.”