HOLLYWOOD shone like a dazzling beacon of breathtaking glamour last night as a series of pathological narcissists made speeches about how important their pathetic jobs are.

The red carpet at the Golden Globes welcomed the most expensively dressed names in showbusiness, many of whom wore spectacles because they are artists.

Natalie Portman, who was wearing a dress, won best actress for her role as an insane ballerina in a film that sounds unbelievably boring.

The pregnant Oscar favourite said: “Now more than ever, our troubled world needs to see me dressed in a tutu pulling a load of faces to show how mad I am.

“I wish I could have my baby right now so that I could thank it for inspiring me to have it. I love each and every one of you like only a mother can.”

Meanwhile Britain once again proved it was the leading country at everything after Colin Firth won best actor for The King’s Spoon.

Firth has been acclaimed for his heart-rending portrayal of a simple man who, against all the odds, inherits an enormous silver spoon from his dad and then bravely overcomes a stammer armed with nothing but the ability to afford the best speech therapist in the world.

Helena Bonham-Carter missed out on the best actress award amid criticism that her sensitive portrayal of the Queen Mother was short on gin-addled racism and unpaid gambling debts.

But the big winner was The Price Comparers, the keenly observed drama about the birth of moneysupermarket.com.

Screenwriter, Tom Logan, said: “These were ambitious, focused people who decided to do something useful with the internet rather than give countless fucking idiots the chance to share their cretinous opinions with each other.”

In the television categories the night belonged to Glee, the third rate teen soap-opera that keeps viewers awake by shouting Madonna songs at them every 20 minutes.

Chris Colfer, who plays the gayest one, took the Golden Globe for best supporting actor in a comedy, musical, vibrating chair or fish recipe.

The ceremony was presented for the second year running by Ricky Gervais who reminded his UK fans why they are campaigning so vigorously to have his British citizenship revoked.

Modern couples having less sex, says person who makes these things up 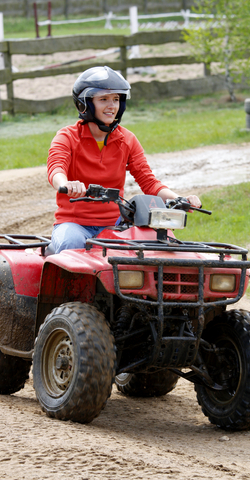 THE man whose job it is to make up sex statistics has decided that modern couples are having less sex.

Chief sex statistician Roy Hobbs inhabits a litter-strewn desk in a dingy corner of the basement of the Institute for Studies, where he drinks a lot of Yazoo milkshakes and plays online patience until he gets a call from a newspaper.

He said: “People aren’t having sex any more because they’re too tired from all the other things you can do these days, like quad biking, reading and Australian Rules Football.

“That seems feasible, doesn’t it? I should know, I have a button badge saying ‘expert’ that my niece got me for Christmas.”

He added: “My work is important in giving news publications an excuse to print a pre-existing sexy picture of two models on a bed in what is clearly the corner of a photographic studio. The man is usually wearing satin boxers and has floppy, sexy hair. I’m pretty much the sociological equivalent of Deirdre’s Photo Casebook.

“The data comes primarily from my imagination via a rigorous process of making things up. Sometimes I use a dartboard with a different sex trend in each sector. What’s really important is that whatever I say has the word sex in it.”

Teacher Nikki Hollis said: “When I read articles about things like this, it gives me an anxious feeling like I should somehow be doing something with the information. I don’t know quite what.

“Definitely any fornication trend is a worrying trend. Therefore I am worried.