Journey to the Center of the Earth was a documentary

THE Brendan Fraser film Journey to the Center of the Earth depicts real events, it has been confirmed.

As scientists found water, huge gems and probably also dinosaurs in the Earth’s core, the producers of the 2008 family adventure film and its sequel starring The Rock confirmed they are documentaries.

Executive producer Emma Bradford said: “We just sent Brendan Fraser to the Earth’s core with a small crew, where they found loads of monsters and an annoying helpful bird.

“At the time it seemed too remarkable so we promoted it as a work of fiction.

“Same with the sequel, where you see Michael Caine riding a giant wasp. He actually did that, those wasps are surprisingly easy to train.”

Bradford said she couldn’t confirm whether Jule Verne’s original book was factually accurate because her team never bothered to read it. 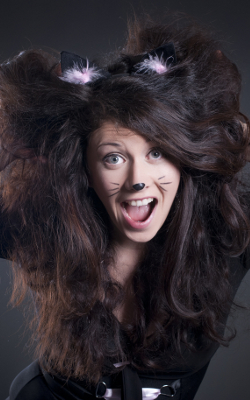 THE ‘furry’ subculture, whose members dress as animals to have sex, have demanded a celebrity advocate for their lifestyle.

Furry community leaders released a shortlist including Phillip Schofield and Franz Ferdinand frontman Alex Kapranos, who they would like to campaign for understanding of their thing for dressing as football mascots but with open bits over the genitals.

A furry spokesman said: “Inside every man there’s a pulse of arousal whenever Cheetara from Thundercats slinks across the screen or Miss Piggy bends over in a tight dress.

But sadly, because we have no celebrity representation, our conversations about how dirty Romy from Willy Fog is will remain behind closed doors.

“If we could get, for example, Anton du Beke to talk about dressing as a big sexy squirrel to shag his wife in a fantasy nut-thief scenario, it would really open minds.

With the right star and message, I think we can make a difference to the way furries are perceived in this country.

Then we can put clear blue water between ourselves and plushies, those people who have sex with stuffed toys. They are freaks.