CARBON dioxide has resigned from being a gas, it has been confirmed.

The move came after a fresh batch of leaked emails between climate scientists showed that CO2 had been lying about what it is and what it does.

According to one of the emails, sent by Julian Cook, a researcher at the University of East Anglia, carbon dioxide had got drunk and admitted it had made the whole thing up.

Cook adds: “He says he’s not even a gas, never mind a greenhouse gas. He says his name’s Brian and he used to work for Kwik Fit in Norwich.

“He says his application to UEA was turned down ‘because he doesn’t talk all posh’ and he’s done all of this just to embarrass us.

But Professor Phil Jones replied: “For Christ’s sake don’t tell the press. In the meantime we have to go back to our notes and work out what in the name of fuck has been coming out of engines and power stations in ever increasing quantities for the last 150 years.

“Then we have to see if this thing traps heat in the atmosphere in the same way that Brian did.”

Martin Bishop, who has a PhD in blogging from Delingpole University, said: “At least carbon dioxide has finally owned up. Hopefully David Attenborough will now have the decency to stop machine-gunning my children into a pit.”

Meanwhile, carbon and oxygen, the gas’s constituent parts, have been suspended from the periodic table of elements pending the outcome of a high-level inquiry.

The chief medical officer is to issue guidelines for people who want to keep breathing and have bodies.

Millions trying to wash away the awfulness 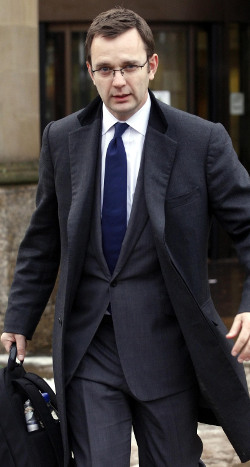 SHOWERS are taking twice as long as 20 years ago as people desperately try to scrub off the 21st century, say researchers.

A survey conducted by an enormous conglomerate to sell people more electricity, water and bath mats found that this was exactly the kind of thing that was making people feel so soiled in the first place.

Researcher Nathan Muir said: “I think we’re seeing a definite paradigm shift, partially caused by people like me who use the phrase ‘paradigm shift’ without really knowing what it means.

“A soak in the bath used to ease people’s troubles, but between Jack Whitehall, Andy Coulson, the guy that used to run RBS and the endless procession of decomposing X Factor contestants, we’re going to need those showers they use to decontaminate people who work nuclear reactors.”

The research also found that showers were no longer more environmentally friendly than baths as people were using an enormous amount of hot water to try and wash away the thought of smug, hectoring pricks arguing about global warming.

Nikki Hollis, a prune-skinned office worker from Carlisle, said: “I stand under the hot water until the money runs out in the electric meter but nothing seems to wash away the memory of James Corden laughing at one of his own jokes.

“And I’ve even started using the antibacterial soap surgeons use but I still feel tainted with a thin film of Twitter.”