A LYING bastard of an iPhone claimed it had at least 12 percent battery life left before dying two minutes later.

Tom Logan revealed he was on a night out straight from work and did not have the chance to charge his phone, but checked saw it had a ’reasonable chunk’ of battery life remaining.

Logan said: “Twelve percent, clear as day. Not eight, not four. Twelve. Anyway, I thought ‘great, that should see me through as long as I don’t spend all night twatting about on Facebook’.

“As soon as we got to the pub I checked my phone and it was dead. Stone cold dead. I felt betrayed and manipulated.

“It was like being in the presence of pure evil.”

Logan said he plugged in his phone when he got back to his flat to discover he had no missed calls or texts.

He added: “It’s the principle of the thing.” 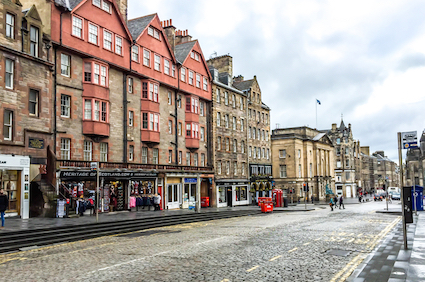 EDINBURGH residents have been told they can return safely to the city without being performed at.

After their annual monthly exodus, the first brave Edinburgh residents ventured back into the Scottish capital, bracing themselves for booby traps made of flyers.

Bill McKay said: “I was handed a flyer on August 1 for a modern-day adaptation of Hamlet using baked potatoes instead of people. I just kept walking until I was in Glasgow.

“I abandoned my house, my job, my friends and my possessions, but at no point was I very bored and/or annoyed.”

He added: “It’s good to be back, but it’ll be some time before I can walk down the street without the fear of coming across something improvised.”