A MAN has confused his younger co-workers by explaining he had ‘taped’ a TV show to watch later.

Martin Bishop, 42, told his colleagues that although he had not managed to see this week’s episode of Grand Designs ‘when it was on’ he would still be able to watch it because of ‘tape’.

Bishop’s colleague Nikki Hollis, 23, said: “It makes no sense. How or why would you put tape on Grand Designs? And is it Sellotape, masking tape, tapeworm, what?

“He also keeps saying things are ‘wicked’. It makes me hate him.”

Bishop said: “Yes, I am a fair few years older than most of my colleagues, but you wouldn’t know. I would say they all think I am pretty wicked.”

Bishop has also been confusing his workmates by asking them whether a film had ‘come out on video’.

The Brexiter's guide to what's British 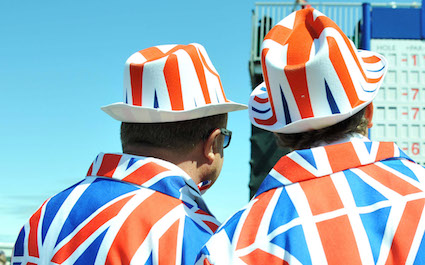 SINCE June 24th, 2016, it has become apparent that some things which claim to be British are anything but, and only loyal Brexiters can tell the difference.

Here’s the ultimate Brexiter’s guide to what is British and what will leave our shores forever when the Sacred Emerald is placed in the Queen’s crown to bring Brexit to completion.

The BBC – not British. The ‘British’ in the BBC’s name is a Trojan horse which sneaks multicultural propaganda into the homes and hearts of decent patriots. All BBC News programmes have been entirely fictional since 1964.

News International – British. This US-owned media corporation is as British as steak-and-ale pie, dog-fighting in rural barns and Oxo.

Winning World War II – British. America was involved at the very, very end, for between five and ten minutes. Russia had no idea it was even going on.

Parliament – not British. None of them were elected. They were all appointed by a cabal of elite judges who are all homosexuals.