Martin Bishop went back on Facebook this week to wish his brother a happy birthday, to the shock of virtual friends on the site, most of whom he has never met.

Facebook friend Tom Logan said: “It’s like that Japanese soldier who was found in the jungle in 1972 thinking the war was still on. Or Rip Van Winkle.

“We assumed Martin had just stopped existing, so it’s a huge relief to have him back. It’s a modern day miracle because now he can start liking pictures of my latest mountain bike again.

“Sadly he’s completely out of the loop. He’s missed all the important Twitter spats and memes. He had no idea what the picture of a guy looking at a passing woman’s bottom meant. It’s tragic.”

Bishop said: “I do still use the internet, you know, just not for tedious pictures of people I don’t know having drinks and abnormally angry comments about something JK Rowling tweeted.”

However Logan said: “Martin’s completely lost touch with the modern world. When I mentioned Jonathan Pie he just said ‘Who?’. There’s so much of such importance for him to catch up on.” 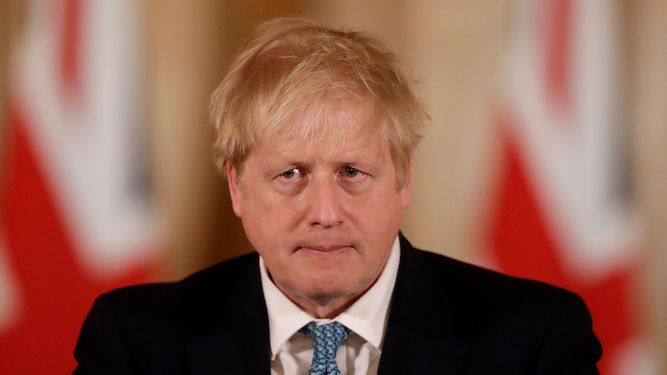 EVER wondered what Boris Johnson really thinks about his chief adviser in the terrifying early hours of the morning? Here are his troubled thoughts.

But he’s terrifying. His head looks like a skull with two rat eyes glued into it. Apparently sometimes it detaches from his body and floats around the room.

If I don’t get rid of him everyone will hate me forever. In fact they already do, apart from the Telegraph and nobody buys that except at train stations because it comes with a free bottle of water. Even then they just bin it.

He’s always saying things like “I could actually do a murder and get away with it because I’m so much cleverer than the police”. So he definitely might JFK me. He’d love it if the cops came to interview him and he was just sitting there at a chess set wearing a polo neck like a budget Hannibal Lecter.

Maybe I could get Gove to sack him? Would that work? Then he might kill Gove instead. Two birds, one stone.

Plus he’s got some serious shit on me. Oh Christ this is a nightmare. Maybe I could just jack it all in, buy a castle and some land, just ride around on a quad bike with a collie on the back.

That cow Emily Maitlis won’t shut up about this for weeks. When’s Love Island back on? That usually diverts the bovine masses. Or maybe I could say Primark’s reopened? Is Primark already open though? What else do they like? Chips? Rabid nationalism?