A MAN is absolutely outraged at the pathetic size and technological backwardness of his friend’s television.

Nathan Muir has admitted feeling utter disgust at friend Tom Logan’s 32-inch TV which has neither 4K or OLED and is not even curved.

He said: “I walked in and was like, shit, what’s happened to your telly? Why have you got the bathroom one in the lounge?

“Turns out that is his actual telly. Like his main telly. ‘It’s high-definition,’ he said, for all the world as if it was 2009 or something.

“Put it on and the picture, christ. I don’t know how he looks at it. ‘Have you at least changed the settings?’ I said. He hadn’t. Default fucking settings.

“Tried to get YouTube on and guess what. Not even a smart TV. No internet connectivity. Looked around for his soundbar? Hasn’t got one. Using the actual TV speakers.”

Muir added: “I don’t think I can go round there again. I don’t know if I can be friends with someone who has such different values.” 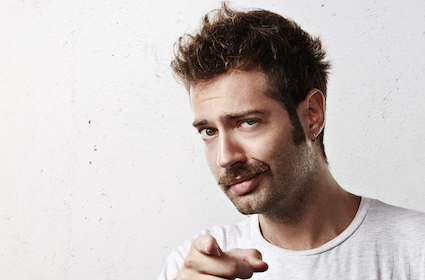 MEN are no longer growing Movember moustaches for charity because they all have entirely serious moustaches already.

Movember, which five years ago was popular with men growing facial hair for ironic and humorous reasons, is now shunned by the majority of British men who have facial hair all year round and are not prepared to laugh about it.

Joe Turner of Swindon said: “I like Movember because it introduced me to the world of moustaches, but I’m not messing about anymore.

“Once funny, my moustache is now yet another thing I take ridiculously seriously, alongside watching other men kick a ball around a big green field and making the perfect macchiato.

“A girl giggled the other day when I was applying my Captain Fawcett’s Moustache Wax. I glared at her.”

Turner’s girlfriend Eleanor Shaw said: “Movember normalised moustaches. Now men like Joe go round looking like an absurd cross between Barry Chuckle and Terry Thomas without even a trace of humour.

“Why am I still with him? Because at least it’s not a fucking beard.”