A MAN is having problems expressing his sense that life is an empty shout in a meaningless, howling void using only emojis.

33-year-old Tom Logan has searched everything available on WhatsApp and concluded that he really needs something halfway between the frowning face and the crying face, but with more of a thousand-yard stare.

He said: “As impossible as it sounds, I may be experiencing an emotion that has no emoji.

“I was hoping for a man pondering his own insignificance and the ultimate futility of all human endeavour, which is both euphoric and a rending of the soul, but nothing quite fits the bill.

“The whole thing has left me feeling like shit, which thankfully there is an emoji for.”

Logan added: “Really, I just want to express that I am a hollow tool of capital whose every emotion is a manufactured sham but deep inside is eternally screaming.

“Didn’t Kim Kardashian release some emojis? I bet she’s got just the thing.” 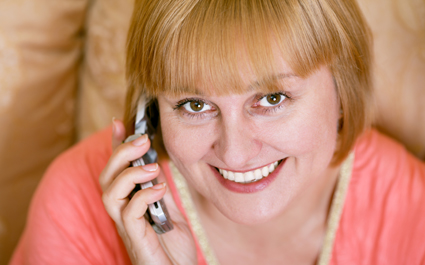 MUMS have renewed their pledge to keep phoning with news about people you didn’t really know at school.

Middle-aged mothers said they would continue to share information with each other in shops, so that you could hear how someone called Dean Burnett, who was in the year below you two decades ago, has just bought a house in Leeds.

Mum Emma Bradford said: “I bumped into the mother of a lad who was two years older than my son Ross at primary school. He’d just had a baby with a woman he met in the lorry parts factory where they both work, so naturally I was straight on the phone.

“Ross was obviously really interested because he kept asking questions like ‘Simon who?’ and ‘Was he the one with glasses?’

“It’s so easy to lose touch with someone who might have sat near you during science lessons in 1989.”

Accountant Nikki Hollis said: “Mum made me rack my brains remembering a boy from school just so she could share the news that he’s an optician.

“However I’m drawing a complete blank on ‘Joanna Hingley’, although I do know she’s been having terrible problems with her combination boiler. Anyway I now have her phone number, in case we ever want to go for a drink.”