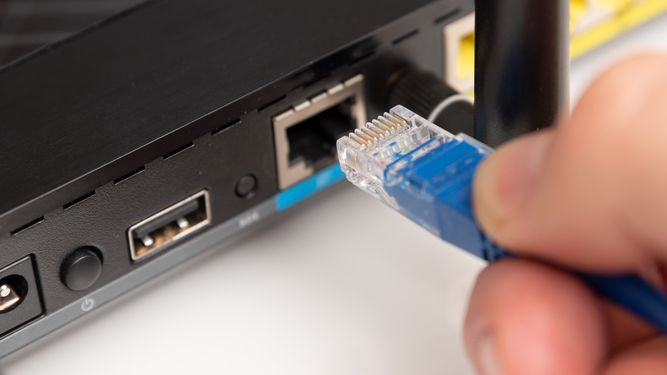 A MAN who has lost the internet connection in his house is convinced he can solve the problem by repeatedly connecting and disconnecting things.

Stephen Malley, 41, has spent the last three hours flicking the switch on the router on and off before reacting with amazement that his technical mastery has not solved the problem.

“Should he restart the computer or unplug the landline and stick it back in again? Or should he disconnect the router from the power entirely, as if that will make a difference?

“In a few minutes he’ll turn the plug off and on with a triumphant flourish before gradually coming to terms with the fact that it has done literally nothing to alter the situation.”

Stephen Malley said: “Victory is edging closer, I can sense it. My computer wants me to give in and join BT Openzone, but I’ll die before I give it the satisfaction.”

Fiona Malley added: “He’s started muttering ‘touché’ after Facebook fails to load, as if he’s Sherlock Holmes locked in a battle of wits with Moriarty. I’m starting to get a bit worried.

“Also guinea pigs learn much faster than this.”

The Brexiter's guide to punishing all the traitors 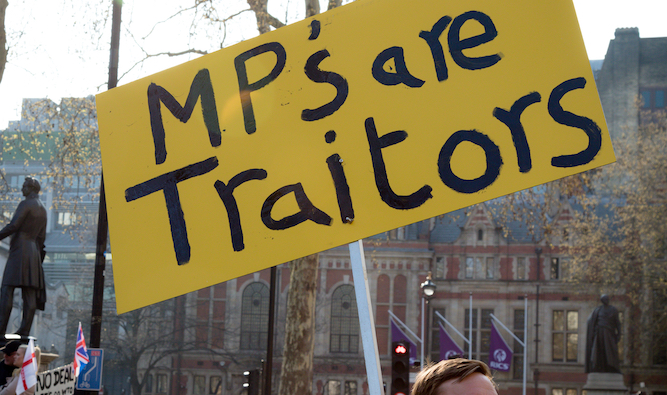 JEREMY Corbyn is conspiring with other MPs to thwart a no-deal Brexit. Here apocalyptically furious Brexiter Roy Hobbs describes some punishments the traitors should face.

Send Corbyn into exile on his allotment

Much as Napoleon was exiled to Elba, Corbyn would be kept under armed guard on his allotment. To stop him enjoying it he’d be made to grow pigs instead of vegetables and eat normal bacon sandwiches instead of poncy metropolitan elite vegetable bakes.

Make them do proper jobs

This would be a really good punishment for sneering Remainer MPs. Imagine going to a Greggs in Stoke and saying to Anna Soubry: “Give me five sausage rolls, three chicken slices and a steak bake, you stuck-up cow.” I’d love that, especially if Keir Starmer had to come round and unblock my toilet the next day.

Now we’re talking. This gruesome medieval punishment would be an excellent deterrent to Brexit treachery, judging by the excellent film Braveheart, in which a ruthless Scottish terrorist is brought to justice by the British Army.

I’m no Leftie but I think we should put all the traitors in camps and teach them how brilliant Brexit is. I’d strap them into chairs and force them to watch Nigel Farage’s Brexit Party speeches on a loop for 72 hours at a time. Hang on, is that a punishment? I’d love it.

A spot of the Mussolini treatment

I’m not suggesting killing anyone, just leave them hanging upside on a garage forecourt like poor old Benito. It’d be hilarious to watch them wriggling and say “You lost, get over it!” when you pop into a BP garage for some petrol and a Twix. Assuming you can still buy petrol and food after Brexit.