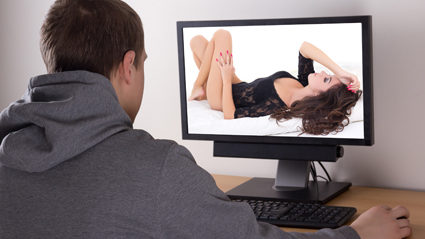 MEN are pathetic beyond all comprehension, it has been confirmed.

Experts believe leaked data from adultery website Ashley Madison has proved beyond doubt that male humans are weak, cowardly creatures in thrall to their base urges.

Psychologist Nikki Hollis said: “Reading these profiles that say things like ‘I have a sports car and want to stroke your feet before putting it in’ makes me think we have reached an evolutionary turning point.

“It’s not the infidelity aspect, it’s that men are stupid enough to think this behaviour could really lead to them having exciting sex in a budget hotel room.

“As soon as the science is ready to totally cut men out of the reproductive equation, I think they’ll start getting phased out.

“The women will live in the cities, developing art, science and philosophy, and the men will be exiled to the jungle with foxes and rabbits that they will probably try to have sex with.”

Man Tom Logan said: “It say that if I press computer button, then it make sexy women come out. Maybe she come out of printer, like in 80s documentary film Weird Science.

“But this not happen. No sexy sex woman, and now no wife. Feel sad, big mistake. Why I do this?

“Me eat some chicken bucket, look at boobies on computer, feel better maybe.” 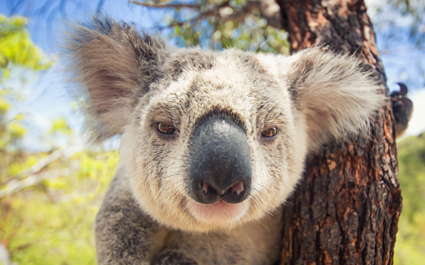 THE koala that chased a female quad biker believes it is possible to be simultaneously adorable and sexually aroused.

Koala Roy Hobbs said: “Women fawn over me, they want to cuddle me, stroke my ears and generally squeeze me against their bodies.

“But when I try to take things to the next level, they freak out and run. I find myself literally running after them, panting.

“It’s like all my cuteness evaporates when I get a massive koala erection. But I’ve still got the same fluffy coat and endearing hangdog facial expressive.

Pug dog Wayne Hayes agreed: “Everyone wants a stroke until my lipstick pops out. Talk about mixed signals.”