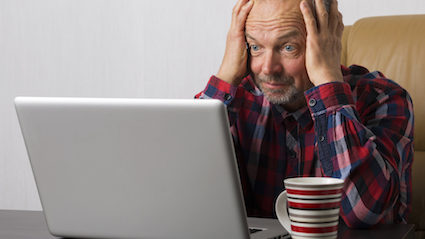 A MIDDLE aged man has taken to Facebook like a duck trying to waddle across the M25 during rush hour.

Bill McKay, from Stevenage, set up a Facebook page with the help of his son and, after adding everyone who had the same surname ‘just in case they were related’, decided it was ‘time to settle some old scores’.

McKay said: “I haven’t spoken to my brother Dan in ages but he’s on this thing as well so I added him and we both wished each other a Happy New Year and said we should meet up for a pint sometime.

“Then I remembered why we fell out as he owed me £100 for some work I did on his house so I wrote on his wall, ‘ALSO WHEN AM I GETTING THAT HUNDRED QUID YOU OWE ME?’.

“Then we started arguing and all kinds of people I don’t even know got involved and it all became very unpleasant, very quickly. What’s a ‘cockwomble’?

“The weird thing is, when I woke up today my page was gone.”

McKay’s son Paul added: “I knew his password so I shut down his account. If he ever asks what happened I’ll say ‘the internet did it’. It’s best for everyone.” 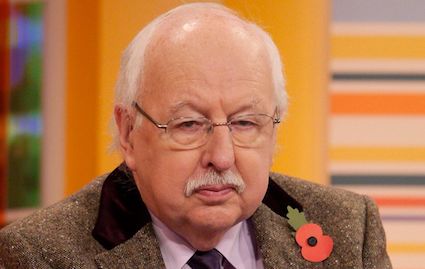 MICHAEL Fish is sick of being a byword for fucking up and you can all sod off, the infamous weatherman has declared.

He added: “Do you know what’s a byword for fucking up? The Bank of fucking England, that’s what.

“Okay, yeah, so that’s more than one word, so I suppose I fucked that up as well?