A MIDDLE-CLASS couple who formerly set strict limits on their children’s screen time have suddenly changed their minds, they have confirmed.

Martin and Francesca Bishop, who previously only allowed one hour of screen time per day on Saturdays and Sundays only, claim to have now realised screens can actually be hugely beneficial to child brain development.

Friend Eleanor Shaw said: “Ever since their first kid was born they’ve smugly carried on about how they won’t just stick them in front of the telly but instead take part in instructional activities like baking sourdough or learning Mandarin.

“However, after finding out their kids aren’t going to be in school for the next 23 weeks they’ve suddenly started referring to the iPad as an ‘electronic educator’.

“They say Jasper and Olive will be using it for ‘online learning’ but by lunchtime they’ll have figured out the parental lock and they’ll be binge-watching Sons of Anarchy while their frantic parents ignore them completely.

“Screen time limits are a luxury of the wealthy. Since Tuesday we’ve joined Amazon Prime, subscribed to Disney+ and bought the kids a Nintendo Switch each.”

Staying in not the new going out, nation discovers 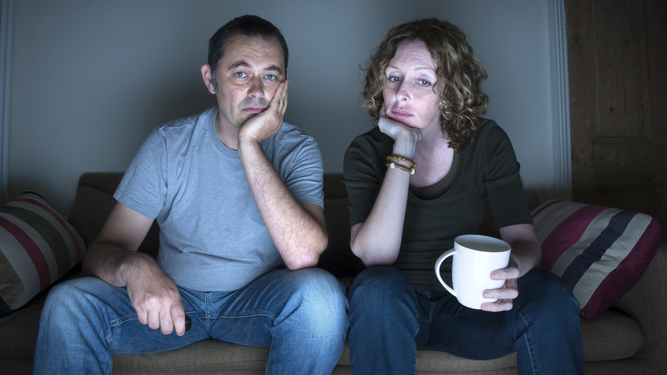 DESPITE claims to the contrary, the country has realised that staying in does not compare to a night out.

Instead of sharing a pint with friends down the pub or hooking up with an attractive stranger in a nightclub, Britain’s self-isolating adults are spending the night in front of the TV and popping open their third tube of Pringles.

Tom Booker said: “Whenever I heard people say staying in was the new going out I always suspected they were deluded morons. And thanks to the pandemic I now know I was right all along.

“When you hit the town there’s no telling where you’ll end up. You could wake up next to the barmaid you’ve been making eyes at all evening, or in the gutter cradling a box of fried chicken. The world’s your oyster.

“Now I’m forced to stay in, I realise it mainly involves wearing a groove into the sofa and drunkenly browsing Netflix for hours while I ignore my partner, all of which I do during the week anyway.”