A MUM sending the same message via five different platforms is perfectly aware that they all goes to her daughter’s one phone, she has confirmed.

Nikki Hollis copies and pastes every message she sends her three kids across every single service, just to make sure there is no escape from their relentlessly buzzing phones.

Daughter Emma Hollis said: “At first we thought mum might think all the messages go to different places, or platforms we check at different times, and she was somehow increasing the likelihood of us reading them by bombarding us.

“But when we sat her down to teach her how a phone works, it turned out she already knew. She’s just doing it for dramatic effect.

“It happened when I was in a job interview the other day. We sat in silence as a cascade of chimes, dings, burbles and clangs went on for a minute. I didn’t get the job. The message was: ‘good luck’.”

Nikki Hollis said: “Of course I knew. I’m not an idiot.

“I just like making an entrance. And too bloody right should their phone make the most massive fuss possible whenever I get in touch. I’m their mother.”

It's my wedding today too, and I'll spend the entire day pretending I'm not f**ked off 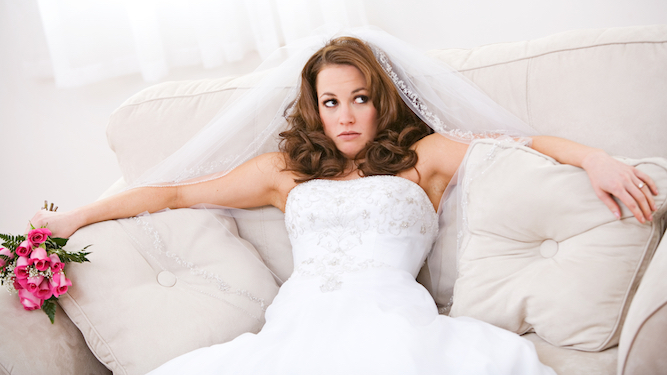 THREE years ago, I decided on my wedding date and booked the venue. Two-and-a-half years ago, I paid a deposit to a photographer. It’s a full year since I bought my dress.

But thanks to the spontaneous decision of some tuppenny ha’penny TV actress and a wastrel who happens to be sixth in line to the throne, I will spend the best day of my life hiding the fact that I’m incredibly pissed off.

When they announced it at the end of November, I comforted myself by telling everyone she must be pregnant. “Six months between engagement and ceremony? That tart’s up the duff for sure,” I confidently claimed. But sadly no.

It’s the lack of consideration. They could have got married on a Friday, like most couple who can’t organise properly do. Given everyone a day off. But they had to be selfish.

Even my family drama’s been overshadowed. Who cares that my mum’s regular hairdresser’s off with hives when Meghan’s dad’s a no-show? Drama queen.

I arranged my wedding nice and early so I haven’t got uncles listening to the FA Cup final, and instead I’ve got their wives asking if there can be a telly at the reception so they can watch ‘the big day’. Bitches, you’re at the big day. That’s just a sideshow.

But I know it’ll be obvious. I’ll walk down the aisle comparing her dress to mine. I’ll snap out ‘I do’ while wondering if they’ve written their own stupid Hollywood vows. On every photograph I’ll be glowering.

She did this deliberately, the Yank tart. Well, I’m going to make my marriage last longer than hers out of spite. That’ll show her.