SCIENTISTS have discovered the World of Work, previously believed to be just a phrase used by politicians and careers advisors.

The World of Work, also known at JG1214B, is an Earth-like planet whose several billion residents not only enjoy full employment but also seem to really like their jobs.

A NASA spokesman said: “This is a huge boon for both the careers industry and parents whose bong-addled children have no aspirations beyond being in Rizzle Kicks.

“The World of Work is proof that there are jobs out there in the universe, albeit several million light years away.”

Inhabitants of the World of Work – dubbed Workians – attend well-designed, airy offices for 40 hours per week, where they do interesting things on Mac-like computers.

In their spare time they visit Earth-style leisure complexes where they buy soft furnishings and watch films starring a being who looks like Adam Sandler.

Careers consultant Nikki Hollis said: “Whenever I’ve talked to young people about the ‘World of Work’ in the past, their eyes have glazed over and they’ve started texting.

“Now I can give them star charts showing its exact co-ordinates, which will really motivate them to get off benefits.”

Cosmologist Roy Hobbs said: “Although initial impressions are positive, it’s unclear whether inhabitants of JG1214B actually have any real fun, ever.

“It seems their leisure activities may simply be ways of temporarily obliterating the tedium which dominates their weekly routine. Also, in conversation the Workians are quite dull.

“I mean, it’s not like any of them are in cool bands or really good stuff like that.”

He added: “We may, in time, be forced to consider whether the World of Work is actually rather shit.” 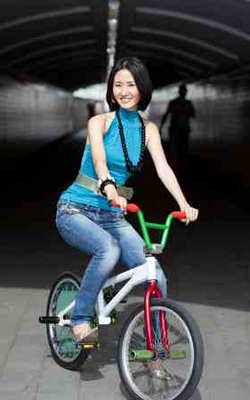 UP to a million homes will need special filters to drown out the bragging of 4G phone owners.

The next-generation mobile service will cause those living near media companies and student accommodation to experience interference to their evenings, as people with facial hair stand outside their window braying about how quickly they can download Bon Iver B-sides.

Mobile technologist Wayne Hayes said “The filtering system can cost up to £10,000 to install, which includes the cost of keeping a large, slobbering dog to chase away men in skinny jeans and a sign with a picture of an angry bird with a line through it.

“I’m advising people to keep an eye out for 4G transmitters going up in their area as it’s basically catnip for tosspots.

“Just one relay transmitter can service every man, woman and child that downloads Robin Ince podcasts within a 100 mile radius. It’s a horrifying image.”

Signal-hosting rights will be auctioned next year, with the winner being asked to meet the costs of building vintage clothing boutiques and quirky organic coffee shops in network areas.

East London resident Nikki Hollis said “This used to be a nice area – a bit run down but quite friendly – but ever since the notice went up at the end of my road that they’re putting up one of those masts I haven’t been able to watch telly at all for the sound of some nasal twentysomething shouting ‘amazeballs!’ at his mates all hours of the day and night.

“It seems that what Hitler couldn’t do with a V2 bomb, O2 are going to manage with an iPhone.”