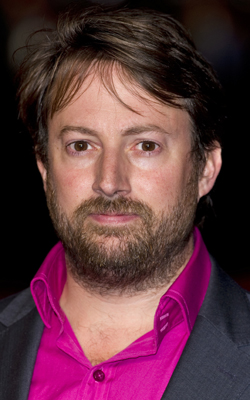 A MILITARY facial hair disposal team has sealed off Peep Show star David Mitchell in a tense bid to remove his beard.

Khaki-clad army beard removers swooped on Mitchell in the early hours of yesterday morning after luring him into a deserted West London mews with some witty badinage and the promise of a new Peter Ackroyd book about the 18th century rum trade.

Operatives have sealed the actor and his beard behind a protective barrier, and are now working with remote-controlled robots to remove the toxic facial hair that has transformed the actor’s amiable visage into that of a demented insect-eating hermit who bites women.

Sergeant Tom Logan, an expert in high-stakes shaving whose career was documented in feature film The Hair Locker, said: “Mitchell’s beard is particularly dangerous in that it is simultaneously thick and patchy, with virtually unlimited potential for chafing.

“It is connected to his torso by a complex series of hairs running all the way up from his chest.

“One wrong move could turn it into a goatee.”

She said: “Let me be clear, I like David Mitchell. Television needs another clever person who isn’t Stephen Fry.

“But while every beard attracts a certain amount of criticism this one is wrong on a quantum level.”

She added: “Apparently it made a Stoke woman granite during 10 O’Clock Live, like a hair medusa.”