Next iPhone to feature shatterproof glass, decent battery and haha of course it won't

APPLE have announced that the next iPhone will feature multiple actual improvements, before clarifying that they are of course joking.

CEO Tim Cook announced to an audience of industry figures that the iPhone 11 would have a screen able to withstand a drop onto concrete from 12ft, a battery lasting 72 hours and predictive text that recognises the word ‘f*ck’.

He said: “The headphone socket’s back, all the Apple apps play nicely with the non-Apple apps, and the camera takes pictures. Not 3D moving infrared pictures. Just pictures.”

As his audience looked on open-mouthed, Cook also announced a new MacBook with a working keyboard, USB ports, and a revolutionary anti-spillage system which means it can take a full bottle of wine and keep working flawlessly.

He continued: “Kidding! In fact we’ve not done any of that, but have packed in a whole range of expensive new features you won’t ever understand because you’re too stupid for our advanced technology.

“I can confirm the iPhone 11 will feature an aesthetically pleasing completely opaque screen, though those Luddites who insist on a visual display can buy a special £200 adapter.” 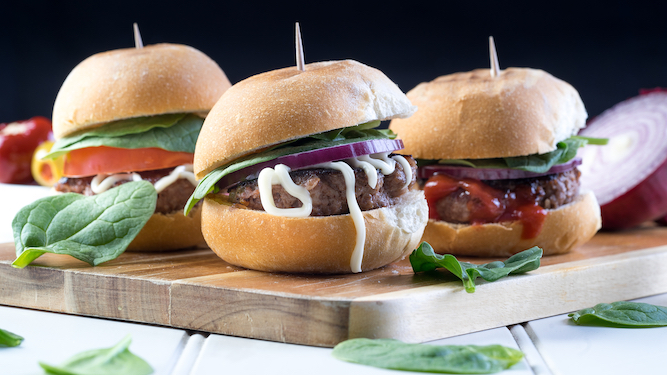 MINIATURE versions of normally larger food items are superior in every way, consumers have confirmed.

Tiny cheeseburgers, sausage rolls, tacos and hotdogs are better than their unwieldy counterparts because they are smaller, cuter and you can eat more of them.

“One large burger is intimidating, while eight small burgers offer an acceptable way to consume far more meat and bread in a way that almost seems dainty.

“They look fun, far more work’s gone into their preparation and they’re an amusing, ironic joke while actually still tasting great unlike other posh foods where you need champagne just to wash the fancy crap down.

“Miniature pizzas are also great, but they have to be properly mini. Those merely small frozen ones from Asda are just children’s pizzas and remain horrendously common.”

The findings have been welcomed by those who always say ‘Oh, I couldn’t possibly,’ before asking for a bit of whatever you are eating.

But while the science is settled on miniature food’s overwhelming superiority, researchers have stressed that the same is not thought to be true for miniatures of booze.