A MAN who woke up at 8am on Sunday in a garden littered with empty beer cans has claimed he just ‘enjoyed the lovely weather’.

Roy Hobbs, who dragged himself to the bathroom on Sunday morning to find one side of his face sunburnt and the other imprinted with the waffle-pattern of a garden chair, told colleagues that it was great to ‘just sit out and relax’.

Workmate Joe Turner said: “Roy said he ‘had a bit of a lazy one watching the sun set over the trees’ which doesn’t quite tally with sightings of him erratically pushing a trolley loaded of Stella through Tesco at 9pm.

“Also he’s wincing from insect bites, scraped shins and apparently at some point sat on a disposable barbecue. I’m not sure his story about ‘being at one with nature and that’ is entirely accurate.”

Hobbs said: “Yeah, I invited a few friends round. I’m not sure if they made it. I woke up when I tried to rub my eye with a hand still wedged in a bag of Kettle Chips.

“That’s what people mean when they say ‘enjoying the sunshine’, right? Is there another way?” 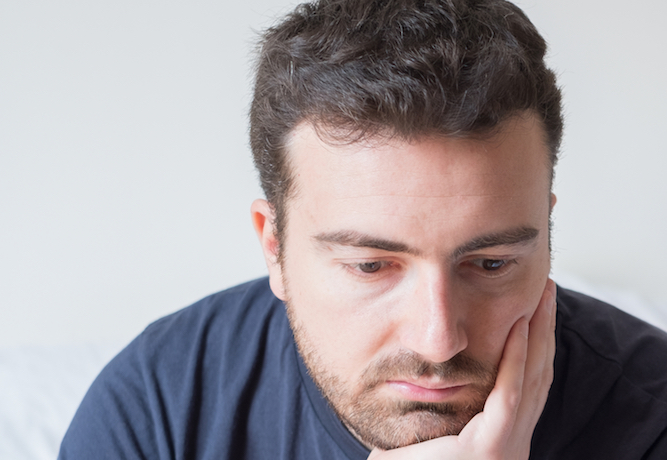 A MAN who has become too old to go to Glastonbury is watching the highlights on TV and sadly urinating in a bottle that he intends to hurl at the wall.

Stephen Malley, 41, has turned up The Chemical Brothers to ear-splitting volume and is wandering around his living room desperately trying to find two imaginary friends he lost many hours ago.

Stephen Malley said: “God I miss coming down hard while soaked to the skin as a 15-stone crowd surfer lands on top of my head.

“The closest I can get to simulating the experience now is standing fully clothed in the shower while spinning around in circles.”

While Malley’s children have been unsettled by their increasingly pungent father asking despairingly where the Avalon Stage is, his wife has come to expect his annual meltdown.

Louise Malley said: “As I remember it, Stephen spent most of the time we were at Glastonbury moaning about the toilet queues and worrying about whether someone would nick his car.

“It’s not all bad though, I just charged him £8 for a can of lukewarm Carling I found in our kitchen cupboard.”