Nobody sure why status updates shouting at them

NO-ONE is sure why status updates on Facebook are now shouting at them.

People using Facebook this weekend noticed that some updates without links to things are now put in a larger font, making it look like you’ve accidentally double tapped the screen on your phone.

“When it was smaller I didn’t quite realise how much shit people were talking but now that it’s massive it really is noticeable.

“A guy I used to work with drunkenly posted something about the Man United game last night and because of the new bigger font it was like getting yelled at in the street by a football hooligan.”

A spokesperson for Facebook said, “This new larger font has nothing to do with the fact Mark Zuckerberg recently lost his glasses.

“But if any one does find a pair of plain grey readers anywhere they should hand them into head office.” 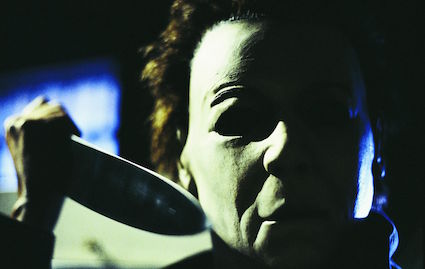 James told the BBC’s Andrew Marr that Myers was number one on a ‘shortlist of heroes’ that also includes Frank Booth from Blue Velvet and ‘Pazuzu’, the foul-mouthed demon who possesses a child in The Exorcist.

She said: “I suppose Pazuzu is the sort of character that’s designed to have a universal appeal, while Frank Booth is every woman’s dream, with his lovely eyes and his gas canister. But for me, Michael Myers is the purest form of hero.”

She added: “I love that he’s unstoppable and I love the way his mask makes him seem utterly devoid of emotion.

“But most of all, I just love that he kills anyone who gets in his way.”