Norfolk Tools Date Back To 1938

HUMANS in East Anglia may have been using tools as early as just before the Second World War, it has emerged.

It had been believed that technology was first used in the remote region in 1994, when a local man picked up a stick and used it to attack a tree.

But archaeologists have uncovered several items which they believe will lead to a radical rewriting of Norfolk history to be read by people who are not from Norfolk.

Among the dramatic finds were a spoon, a box of half-eaten crayons and a device which experts believe was used for putting make-up on a cow.

Meanwhile a Bakelite radio dating from the late 1930s has also been discovered in a shed near Saxthorpe, where it is still worshipped by local tribes as a prophet.

Wayne Hayes, a hedgehog wrangler from Corpusty, said: “Old Talky has been round these parts since before the time of memory. It’s inhabited by the magical Archer family and their tales from the future.”

Other artefacts included an unread PG Wodehouse novel and shards of broken pottery that seem to indicate early Norfolk Man had tremendous difficulty in co-ordinating his three-fingered hands.

Archaeologist, Tom Logan, said: “Local folklore tells of a creature called ‘Ali’ that brought humans to Norfolk, though we think it probably means the A11.

“Nobody knows what drove early Norfolk Man so far East but one theory involves a strong desire to be as far away from Essex as possible without having to live in the sea.”

Oglers To Stop Denying It 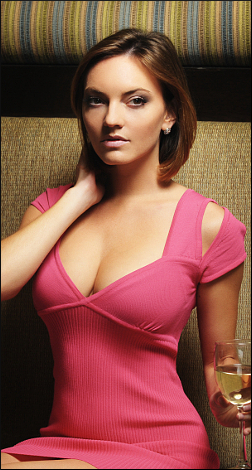 MEN who surreptitiously leer at attractive women must ‘come out’, it was claimed last night.

Research by the Institute for Studies found that unconcealed ‘open ogling’ is marginally less pitiful than trying to pretend there’s something fascinating in a shop window which just happens to be behind some breasts.

Dr Emma Bradford said: “Ogling is a condition which affects all men above the age of about 33, which is when they start to become pathetic.

“Ogling is inevitable. But don’t try to pretend you ‘thought you saw a heron on that roof’ or had momentarily glazed over while ruminating on Proust. It makes it worse.”

‘Metro peepover’ – a stare over a free paper commonly practised on public transport.

‘Car blanche’ – when a male driver feels he can get away with a prolonged lascivious gaze because he might be looking for a turning.

‘The Kestrel’ – where after passing a potential oglee on foot the ogler’s head swivels back through 180 degrees.

Roy Hobbs, a 48-year-old ogler, believes his marriage has vastly improved after he agreed to dispense with his flimsy excuses.

He said: “It’s brought us closer together and I can now openly refer to the living room window as ‘the portal to Boobalonia’.

“I’m allowed 20 minutes of dedicated ogle per day, while my wife has sex with the builder.”

He added: “Try not to hate me. As a middle-aged man I am like Frankenstein’s monster, a thing that corrupts all beauty and is doomed by its very nature to be reviled.

“I deserve your pity. And then perhaps a quick shufti at your fun bundles.”