THE Northern Lights are a sign that God approves of gay marriage, according to pro-European Christians.

A Europhile Christian councillor from Oxfordshire has claimed that Britain is basking in God’s love and the aurora borealis is a ‘massive heavenly thumbs up’ to same sex unions.

Councillor Stephen Malley said: “I predicted this would happen if parliament passed the gay marriage bill and I am delighted to have been proved right.

“God is love and every once in a while he hammers home the point by filling the sky with a multitude of beautiful colours.

“I wish he would do it more often but, let’s be honest, people are shits.”

No good chocolate bars since 1981 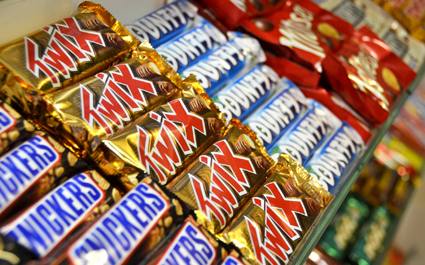 EVERY chocolate bar invented since the Wispa has been either uninspired or disgusting, it has emerged.

The Institute for Studies found that there had been no worthwhile additions to the chocolate bar canon since Wispas came out over three decades ago.

“Some might argue for Boost, but Boosts are impossible to eat.  Absurd levels of chewiness mean I’ve seen discarded Boosts with teeth embedded in them.”

Brubaker highlighted the green Boost with guarana in it and limited edition mango Bounty as examples of a creatively-barren industry veering towards the grotesque.

“The clean, militaristic Yorkie is the pinnacle of chocolate design, although Double Decker is perhaps the most radical, being based on a bus.

“Chocolate bars are like music – we lazily presume that each generation will have its own radical ideas. And like music we’ve had nothing decent since the 80s.

“Surely more can be done. What about a Penguin biscuit the size of a Mars bar and with a layer of caramel?

“I just thought of that off the top of my head and it still kicks the shit out of Kinder Bueno.”