WASTE from nuclear power is very tasty, spreads easily and makes a lovely jam for your toast in the morning, the Government said last night.

Launching its latest public consultation on the nuclear industry the Government said living next to an atom fuelled power station would give you a huge penis, but only if you are a man already.

It said all the scientific evidence now showed that couples living in close proximity to nuclear generators could go “at it” all night without a break and still go to work the next day feeling fresh as a daisy.

Speaking at the launch Prime Minister Gordon Brown said it was now perfectly obvious to anyone, apart from the criminally insane, that nuclear waste was less radioactive than most cheese, except some brands of really mild cheddar.

He said the consultation process was necessary to assess whether the British public loved nuclear power or whether they really, really loved it, and to settle disputes between the many towns and cities currently demanding their own atomic power station.

“Really, people have nothing to fear from having a nuclear power station on their doorstep. They are only dangerous when they blow up and destroy everything around them in a 50 mile radius, and that hardly ever happens,” he said.

A  spokesman for Friends of the Earth said: “Put like that you can’t really argue can you, where do we sign?”

Al Qaeda To Rebrand As 'Scimitar3000' 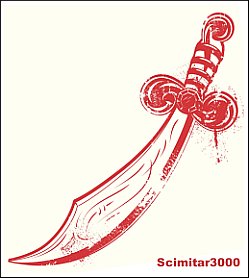 THE world’s leading terror provider is to overhaul its identity in a £20m rebranding strategy.

With an ever increasing number of angry Islamist groups, the Al Qaeda leadership believe ‘Scimitar3000’ will set them apart as, “professional, efficient and profoundly insane”.

Ayman El-Mukhtar, Al Qaeda’s head of marketing, said: “Many people do not now how to pronounce Al Qaeda. We get ‘Al Kayda’ or ‘Al Ka-ee-da’ and one of those annoying little Scotsmen at the BBC insists on ‘Al Kie-da’. It does my bloody head in.

“And even if they pronounce it right they always get the translation wrong. Some think it means ‘The Base’ while others say it means ‘The Head’. I spoke to one guy last week who though it meant ‘The Bongos’.”

He added: “Scimitar3000 is clean and stylish with a high recognition factor. It focus-grouped incredibly well in Peshawar.

“And although it looks hip, it also says we have not lost touch with our roots. It says ‘this a 21st Century killing machine founded on the principles of medieval bloodlust’.”

But the move has angered the organisation’s grass roots. One low level operative in western Europe, said: “We’re having to sell knocked-off iPods to raise enough money for flying lessons and they’re spending £20 million on a letterhead. Sometimes I wonder why I want to blow myself up.”

Wayne Hayes, of London-based brand consultants Conceptomatix, said: “I look at the big sword and I think ‘swoosh!’ It makes me go all wobbly and want to sit down and have a bowl tea and some hubbly-bubbly with a large Afghani tribesman. Super.”