THERE are always fewer Mini Eggs in a bag than even the lowest estimate, mathematicians have confirmed.

The formula is (x-y)-1=k, where x is how many Mini Eggs you remember a bag containing, y is your most pessimistic estimate and k is the actual number of Mini Eggs you are disappointed by.

Professor Henry Brubaker, of the Institute for Studies, said: “Remarkably, even under scientific conditions using ultrasound on the bag, when opened there was still one less Mini Egg than we’d allowed ourselves to believe.

“We’re learning important lessons about the infinite capacity of the human mind to hope, particularly when sugar-shelled chocolate is concerned, and the infinite bastardry of whatever American shit-merchants now own Cadbury’s.

“Even if we estimate there are zero Mini Eggs in the bag there is one less, taking us into the warped mathematical dimension of Negative Eggs, which has been closed since the Square Egg, or ‘Squegg’, was destroyed in 2002.”

Brubaker added: “Just give us more eggs, you fuckers.” 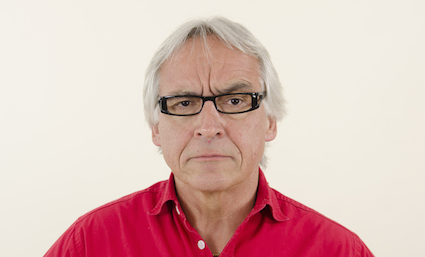 A MAN who feels immigration is negatively affecting his life cannot give a single concrete example of how, he has revealed.

Roy Hobbs, from Worcester, is vehemently opposed to immigration but can never explain how it has harmed him or anyone he knows.

Hobbs said: “Immigration forces wages down. Not for middle-class people like me, obviously, but for simple working class folk. I can’t give you any examples, but a man on Question Time said it.

“They’re damaging our culture. I’m not sure how someone talking Polish on the bus is harming British culture in the same way as, say, banning Shakespeare, but it probably is.

“Then there’s the strain on our infrastructure. I’m pretty sure there weren’t all these traffic jams in London before the immigrants started coming.

“And of course it’s driving property prices up, although as a homeowner I want prices to stay insanely high, so I think we should cut immigration and then burn down loads of houses to maintain a healthy level of demand.

“Perhaps none of this stuff has affected me personally, but I am prepared to kick out all the foreigners on other people’s behalf. I’ve always been very altruistic.”