THE Brian Cox of Earth-161 has confirmed that the multiverse is real and our Brian Cox is a loser.

Brian Cox-161, his universe’s most renowned physicist, proved the existence of an infinite number of Earths and developed a way of travelling between them.

Along with Brian Cox-928, who made his rave-pop group the most successful band since The Beatles, and the quantum-powered Brian Cox-555, they make up the Legion of Transreal Coxes which our Brian Cox has not been invited to join.

Brian Cox-707, who after killing Hitler rules his Earth as a benevolent technocratic dictator, said: “Seriously, a TV presenter?

“He could have been the greatest musical talent of his generation, he could have rewritten the laws of the universe, and instead he explains simple concepts to cod-eyed crisp munchers?

“We can’t have any respect for a Cox who, given access to the Large Hadron Collider, doesn’t turn himself into protons to surf the Hawking radiation of a black hole. He’s dead to us.”

Anything bends if you f**k about with it enough, says Apple 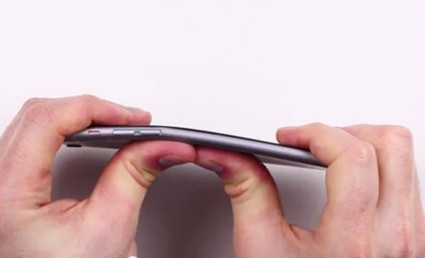 APPLE has admitted its new iPhone will bend if you are determined to bend it.

The company has been inundated with complaints from iPhone customers, but stressed it was impossible to make something that does not, ultimately, bend.

A spokesman said: “If you don’t want it to bend then don’t fucking sit on it. How’s about that?

“And, actually, if it didn’t bend then the screen might crack and you’d end up with tiny shards of glass up your back passage. That’s no picnic.”

The spokesman added: “Tell you what, shall we just put a sticker on the front that says ‘not for sitting on’? Would that help, you fucking idiots?”