Parents wilfully refuse to understand what son does for a living

THE parents of a 36-year-old software engineer have once again purposefully resisted understanding what he does as a job.

Tom Booker of Cambridge, who works as a UI engineer for a phone company, would happily to explain how he makes a living to his parents if they ever stopped telling him it was all nonsense to them.

He said: “I’ve been doing this job for 11 years. They’ve got phones. All I do is write the programs that makes your touchscreen work when you press it. There. Done.

“But will they listen? No, they prefer to interrupt saying ‘Your grandfather was a stonemason’ and ‘These jobs these days, I swear they make them up.’

“All they do is say ‘Computers!’ or ‘You might as well be a sorcerer for all we know!’ He’s university lecturer and she worked in marketing, but for some reason they expect my job to be pre-industrial.”

Booker’s wife Rebecca, a financial product manager, agreed: “I design anti-fraud procedures,  but my in-laws are convinced I work in a bank. Sometimes they give me jars of coppers and ask me to pay them in.”

Tom admitted: “Yeah, I have no idea what Rebecca does.”

Key to being good friend saying 'mmm-hmm' a lot 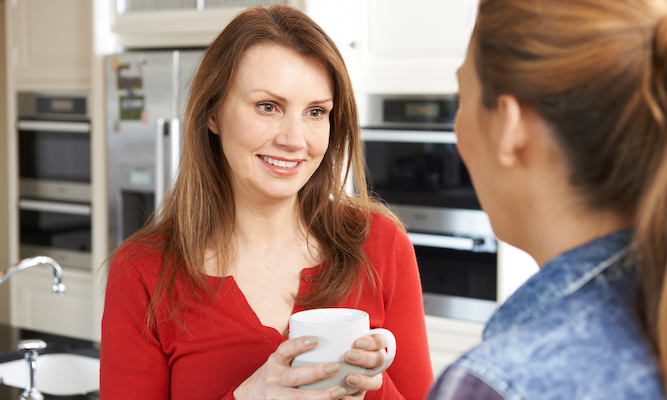 THE best way to be a really good friend to someone is to say ‘mmm-hmm’ frequently, sincerely and meaningfully while they are talking.

Rather than shared values, interests or beliefs, the strongest friendships are all based on one person making listening noises while the other one wangs on, research has found.

The study also confirmed that ‘mmm-hmmm’-ing effectively is the primary skill required to be a good romantic partner, employee, and parent.

Joanna Kramer of Macclesfield said: “In my friendship with Mary, she’s the one who talks. I just sit there making appreciative noises for what, three or four hours at a go?

“In fairness I was only drawn to her because she has such a total car-crash of a life and I enjoy the distraction from my own problems, so it’s not an issue.

“It’s mainly just the noises at different pitches, though I throw in the occasional head-nod, raised eyebrow and once in a while, a scandalised ‘No?!’ I’m not sure what at, but from her reaction I said the right thing.”

Friend Mary Fisher said: “Joanna’s a good friend. Such a good friend. She’s always there for me. And when I confessed to sleeping with her ex she just said ‘Mmm-hmm’ in such an understanding way.