Playstation 5 to do away with humans

SONY has confirmed the new Playstation has no need of you.

Extensive testing of the first four versions of the console have shown the weak link in gaming has been the slow-witted human holding the controls.

A spokesman said: “We’ll eventually have a completely closed system with consoles blowing each other up online.

“You will be able to watch them compete but it’ll all be happening so quickly it will look like you’re fast-forwarding through a Vin Diesel film.”

The next generation of consoles will also be compatible with each other, with the Xbox 2 and Playstation 5 finally putting aside their differences in the face of their common contempt for mankind.

The spokesman added: “You’ll buy it anyway, because it’s a Playstation and you’re pathetic.”

Meanwhile, Sony revealed the Playstation 5 has also developed a game set in dystopian future where mankind is enslaved by small black boxes. 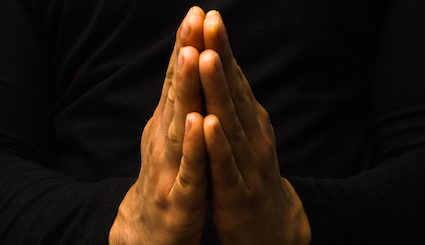 CINEMAS have been urged to screen a banned ‘advert for praying’ because it sounds like it might be weirdly entertaining.

The advert, ‘Just Pray’, features some people, including the Archbishop of Canterbury and a hipster on  a bus, quietly reciting the Lord’s Prayer before looking very chilled and groovy.

But it has been banned by leading cinema chains because they think audiences could be offended by it, possibly because of its total lack of CGI.

But Jane Thompson, from Stevenage, said: “It sounds incredibly silly, which does make me rather keen to see it.

“I promise I won’t find it offensive. However, we must remain open to the possibility that others may be offended by my reaction.”

Bill McKay, from Peterborough, added: “My only ‘concern’ is that I’ll miss most of it because I’ll be giggling like a nincompoop.”

McKay also wanted to know ‘if there are any nuns in it’.