PRINGLES potato chips destroy your soul, it has been confirmed.

As it was confirmed that Pringles tubes are incredibly difficult to recycle and will outlast human civilisation, experts added that snack was also vile, shameful and unnatural.

Professor Henry Brubaker of the Institute for Studies said: “Even the way they are perfectly stacked is wrong and vaguely militaristic. They’re like snack soldiers, ready to march into your mouth, even against your will.

“The Pringles ingredient that melts your soul is one of those chemicals listed on the tube that sounds like an obscure species of dinosaur. When they gave it to mice their eyes turned jet black and they started gibbering in Latin.”

“That said, talking about Pringles has made me really want to go and buy some Pringles, and eat them all in one go. 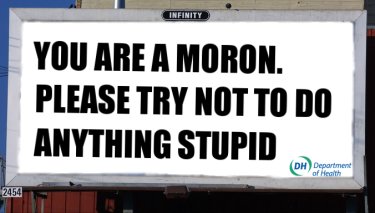 THE wealthy industrialists who fund the Conservative Party have reminded Theresa May that they are in charge of Britain’s immigration policy.

As the Tory leader unveiled a manifesto pledge to limit Eastern European immigration, bosses in the food, hospitality and construction industries, laughed and pointed out the link between cheap labour, profits and ‘donations to political parties’.

Sir Denys Finch-Hatton, who owns 25,000 acres of farmland, a building company and a chain of mid-priced hotels, said: “Like 9,000 Polish people, Mrs May works for me.

“I understand that she has to appease those who voted for Brexit in the belief that all the immigrants would be sent home, but I live in the real world where I’m in charge.

“I like a bit of ‘creative marketing’, but not as much as I like enormous amounts of money.”

A Tory spokesman said: “Will this be in the Daily Mail?”