LEADING punk scientists have confirmed the existence of a fourth chord.

Punk scientists have been researching the possibility of an additional chord since the late 70s, but only in a haphazard DIY manner.

Researcher Mary Fisher at the Fuck Your Mum Punk Laboratory said: “One of our team was frantically strumming while buzzing on amphetamines and he just kind of came across it.

“If we had known about this chord forty years ago maybe we could have smashed the system.

“Still, it’s better to take a while than to be too technical because then you end up with prog rock.”

She added: “If there is a fourth then maybe there is a fifth or even a sixth, though sadly they will not be discovered in my lifetime.”

Clarkson to live in a forest entertaining right-wing animals 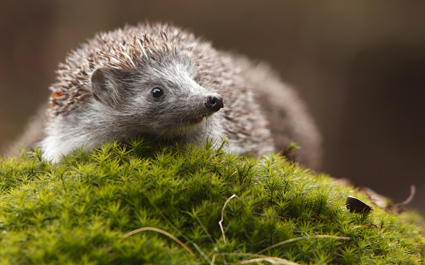 JEREMY Clarkson has become a wild man who talks to rabbits about how magpies are scroungers.

The troubled Top Gear presenter has abandoned his house for a simpler life in the Forest of Dean, where he inhabits a dwelling made of twigs and recites grumbling monologues to wildlife.

Local farmer Tom Logan said: “He is swathed in furs and his hair grows bushier by the day, like a Tory Grizzly Adams.

“His main audience seems to be a vole and a badger who follow him around, laughing sycophantically at his deliberately objectionable comments about how female wild boar need to shave their facial bristles.

“Clarkson is generally fine if left alone, although when he started telling my Aberdeen Angus herd to piss off back to Scotland I set the dog on him.”

Last week Clarkson received a police caution after he was found trying to stuff a heron into a Renault Megane.

Fox Stephen Malley said: “He seems to particularly have it in for ants, describing them as ‘sexless communists in need of a good orthodontist’, much to the amusement of his vole and badger sidekicks.

“Sometimes he will get a stick and repeatedly bash it against another stick to see which one is best.

“The hedgehogs like watching that, although it makes them flinch.”