Rejuvenating blood must be from virgins

BLOOD transfusions can reverse the ageing process but only if the donors are sexually pure, according to scientists.

Professor Henry Brubaker of the Institute for Studies said: “It appears that after a person has had sex their blood is somehow soiled or tainted.

“Interestingly the best blood comes from buxom female virgins, the type that combines innocence with a thinly-veiled sensuality.

“It’s best if they come from a medieval-style peasant village where superstition is rife, partly because they are more healthy but also they’re less likely to be missed.”

71-year-old Tom Logan said: “As a part of the baby boomer generation I’ve already had all the houses and money, I’m sure young people won’t mind giving me their blood too.”

Angel of the North vows to destroy Morrisons 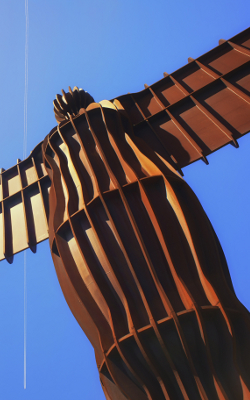 THE Angel of the North has vowed revenge against Morrisons for projecting a loaf of bread onto its wings.

The 66ft figure has opened its steel eyes and, with a terrible grinding sound, cast its burning red gaze across the landscape in search of the ones who violated its dignity.

Creator Anthony Gormley said: I built the Angel of the North as a symbol of mans indomitable spirit, which is why I included a self-upgrading artificial brain and thermonuclear weapons capabilities.

I also programmed it to react against any perceived slight with the maximum possible aggression, in case anyone tried to do graffiti on it.

The Angel last struck in 1998, when it vaporised  16 Newcastle United fans who dressed it in an Alan Shearer shirt, before flying down to Wembley and wreaking the ultimate revenge by scoring Arsenals winning goal in the FA Cup final.

Mary Fisher of Gateshead said: Now we have awakened the Angel, it will not stop until every Morrisons store, every loaf of bread and even Morrissey is a smoking hole in the ground.

And after that, hopefully itll start on the Mackems.