Researchers to identify when you can insult your friend's ex

SCIENTISTS are hoping to identify the earliest point at which you can tell your friend their ex was a nightmare.

Traditionally-established timescales have proven unreliable, with many people having to retract vile but accurate insults when the relationship restarts.

Researchers have now begun work on a complex formula to calculate the right time to ask a friend what in the name of god they were thinking.

Dr Julian Cook said: “Factors will include length and closeness of friendship and the extent to which the ex was so utterly hellish and unbearable.”

Tom Logan, from Hatfield, added: “My friend finally ended a three-year relationship with her boyfriend when he sold her house to buy a speedboat, which he then crashed into a roundabout.

“I resisted my natural instinct to throw her a ‘thank Christ for that’ party and ended up being accused of negligence because I hadn’t told her that he was a colossal twat.

“Hopefully I’ll have another shot at getting it right as she’s just started dating an ex-squaddie.” 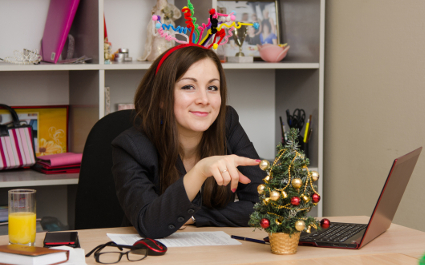 A CHRISTMAS fixated office worker has processed her last invoice of the year to devote the remaining two months to ‘festive preparations’.

Accounts administrator Donna Sheridan, who has already begun collecting names for Secret Santa and emailed everyone for their final meal choice, says that her role as ‘head elf’ is entirely voluntary.

She continued: “Christmas doesn’t organise itself, and while all these little monkeys keep their heads down and act like nothing’s going on somebody has to do the work.

“They’re just lucky I love Christmas so much that I’m prepared to put in all the effort. Oh, they may be pretending they’re too busy now, but they’ll be humming a different tune when I put on my beloved Christmas mix CDs.”

Sheridan will be paid £3,256 after tax for the next two months, during which she will reduce the productivity of her colleagues by at least 22 per cent.

Coworker Tom Logan said: “Last year she was sticking tinsel around the edge of my monitor while I was on the phone to a client. It was November 24th.

“I hope someone makes her cry at the party, like last year.”