ADVANCES in food technology mean that pre-packed sandwiches can now retain their disappointingness for up to 14 days.

Until recently, ready-made sandwiches would degenerate from barely edible to inedible within a week.

Food scientist, Julian Cook, said: “This is a major breakthrough in food mediocrity.

“Whether cheap or expensive, sandwiches from refrigerators all taste like textured air. We fully accept that they’ll never be good in any way. But we can make them last longer.

“The process works in an almost supernatural way. Basically, we’ve identified an invisible aura which is the ‘life force’ or ‘soul’ of the sandwich and managed to suck it out.

“The result is a completely spiritually dead foodstuff, a ‘ghost sandwich’ if you like, that keeps for ages because it’s already a void.

“Look at these things, two flaccid white triangles with a thin layer of egg-influenced paste and the barest hint of a hand print. Exactly what people who are too lazy to put their own stuff between bread deserve.”

Long distance driver, Stephen Malley, said: “What gets me about pre-packed sandwiches is that however disappointing you expect them to be, they still manage to disappoint.

“There’s something almost beautiful about that.”

Is the Guardian Harry Potter? 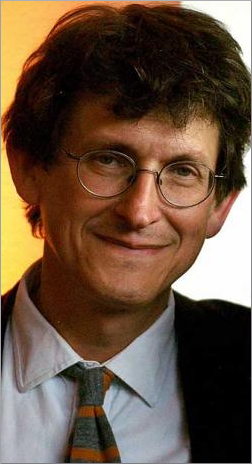 THE Harry Potter saga has come to life with the boy wizard taking the form of the Guardian, experts have confirmed.

The Institute for Studies said the bespectacled left-wing newspaper was locked in a battle to the death with an almost completely bald villain and his army of psychotic demons who try to invade their victims’ souls.

Professor Henry Brubaker said: “Like Harry Potter, the Guardian is fulfilling its destiny. It didn’t want to do this – well it did, actually – but it can no longer escape its fate.

“It is taking on the might of the Dark Lord, with the help of its two loyal friends, The Observer and Auto Trader.

“Though, it has to be said that so far Auto Trader, like Hermione, hasn’t really been pulling its weight.”

He added: “In the universe of Harry Potter, the hero learned the ways of an ancient, magical craft and then used his shiny stick to overcome a weird-faced, all-powerful man in a dark cloak while at the same time trying to resist being possessed by evil and learning interesting things about his parents.

“Which, the more I  think about it, sounds exactly the same as Star Wars. Hang on a minute…

“Anyway – we will come back to Star Wars – my calculations indicate that the Harry Potter saga is exactly the same, in every single way, as the Guardian‘s battle with Rupert Murdoch. Except the writing is much better – on both sides.

“That’s correct, I’ve calculated that News of the World journalists are better at writing than JK Rowling.”

Professor Brubaker warned: “This epic saga has crossed the boundaries of space-time into our reality and we are now witnessing a conflict that will end with either this world being destroyed, or some sort of public inquiry that will go on for absolutely fucking ages.”