TOP scientists are nailing a load of fanny, according to dance-pop physicist Brian Cox.

The TV professor believes there is still a preconception that science experts are unlikely to enjoy large amounts of debauched consequence-free sex with saucy girls from every corner of the globe.

Professor Cox said: “The amount of fanny I’m getting is mental.

“And I say that as someone who’s used to thinking of things on a quantum scale. Seriously, I’m quite at home with the vastness of the universe, time, space etc. but if I start thinking about the sheer volume of hairy pie I’m tucking into, it properly does my head in.

“The truth is, if you can give a clear and succinct explanation of holographic principle or gravity waves or any of that shit while looking a drunk girl right in the eye and occasionally touching her hair, you’re good to go. The punani express has pulled into the station and all you need to do is jump aboard.”

“There was at least 50 science sluts who just jumped out from behind one of the massive quadrupole magnets that are integral to the particle acceleration process, flashing their tits and wearing ‘Large Hardon InsideHer’ t-shirts, which Stephen in particular thought was very cheeky.

“They were proper filth. Let’s just say, we took them back to the Holiday Inn and filled them full of genetic material.”

He added: “The next afternoon I woke up and the room was trashed, Steve was on the floor naked except for his glasses, covered in sick and with toothpaste in his hair. His chair, which is really expensive, was floating in the swimming pool all smashed up.

“That night I delivered a paper on stochastic growth of quantum fluctuations to the Royal Institution, and I had to have a bucket by the podium because I kept spewing.” 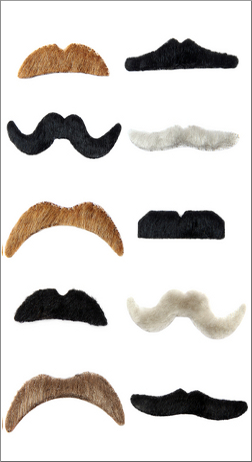 GARY Neville has announced his retirement from his version of football to focus on growing a moustache.

The Manchester United defender and reigning ‘Mancunianest Man Alive’ made the announcement outside Old Trafford while rubbing a mixture of goose fat and Deep Heat into his upper lip.

Neville said: “I’ve won everything it’s possible to win in football except for a single tournament with England or the affection of anybody who doesn’t support United but I won’t feel complete until none of my filtrum skin is visible.

“As a boy growing up I’d see the luxuriant lip furniture of players like Ian Rush and Graeme Souness and I’d dream of one day looking like I was constantly peering over an unruly hedge.

“I even used to play keepy-up in my back yard with my pet hamster strapped to my face.”

The timing of the announcement has led many to believe Neville was about to join the Sky commentary team but he stressed that, as yet, he does not feel nearly hairy enough.

Neville has called on environmental guru and celebrity walrus Dick Strawbridge to help him in his quest and the two will go on a factfinding mission to the Middle East to study the ancient art of moustachery.

Footballologist Wayne Hayes said: “This is an almost spiritual quest for Gary, rather like Jesus’ 40 days in the wilderness. The difference being, of course, that Jesus has never walked around the Arndale Centre thinking he’s Gary Neville.”