Scientist with The Sims 4 accused of playing God

A GENETICIST who owns a copy of The Sims has been accused of attempting to control life itself.

Campaigners have condemned Julian Cook, a researcher from Corby, who they allege has been behaving like a capricious deity in front of his computer for several hours every week.

Protestor Donna Sheridan said: “Scientists think they can just create people out of nothing and make them repeat menial tasks to earn points. It’s against nature.

“It starts with giving electronic people tiny telescopes and leopard-print wallpaper, and before you know it they’re cooking up flying badgers and bringing back mammoths.”

Cook said: “Usually I’m a benign creator figure, but if I’ve had a bad day in the lab, I’ll unleash a plague of locusts to let off steam.

“Meddling with human DNA is against health and safety regulations, but there’s nothing that says I can’t mod the code to make my simulations eight feet tall with three parents.

“I like to make my creations worship me at a little altar, and if any of them displease me I set fire to their wives. But surely anyone in my position would do the same?” 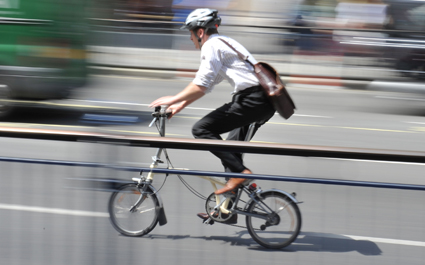 THE owner of a folding bicycle has narrowly survived after attempting to overtake a cyclist with normal-sized wheels.

Cook said: “Pushing through the pain barrier, I managed to get parallel with the normal bike before realising he had only slowed down to adjust his jacket. He smirked at me then sped off.”

Left travelling at a lethal speed for a folding bicycle, Cook managed to veer off into puddle before being sick.

He added: “I was in so much shock I ended up walking to work with the Brompton folded up in my briefcase. I’ll ride again, but now I’ll always remember my place.

“Sometimes I forget that I have tiny wheels no bigger than a pair of hoop earrings.